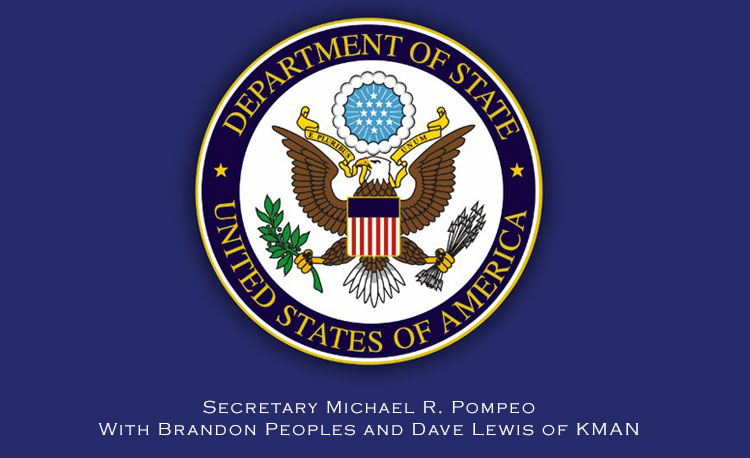 SECRETARY POMPEO:  Well, when we came into office, you’ll recall the previous administration had a very different approach to foreign policy.  They called it “leading from behind.”  They, too often, apologized for America, and our team will never do that.  President Trump will never do that.  We understand that America is trying to get everything right.  It’s not that we’re perfect; it’s not that we don’t make mistakes, but rather that our objectives are noble and good.  And we’re leading from the front.  We’re making our positions known.  We’re encouraging other countries to come participate with us.

We have 70-plus countries working to help us defeat ISIS.  We took down the caliphate in Syria.  We have 50-plus countries working alongside of us to restore democracy in Venezuela.  We’ve got big coalitions working on the problem set in North Korea.  We’ve got a set of UN Security Council resolutions passed unanimously through the Security Council, aimed at reducing nuclear risk to the American people.  Those are the kind of things, the kind of coalitions, that President Trump has asked me to build out.  We’ve been successful and we believe the American people are safer as a direct result of those efforts. [Full Text]