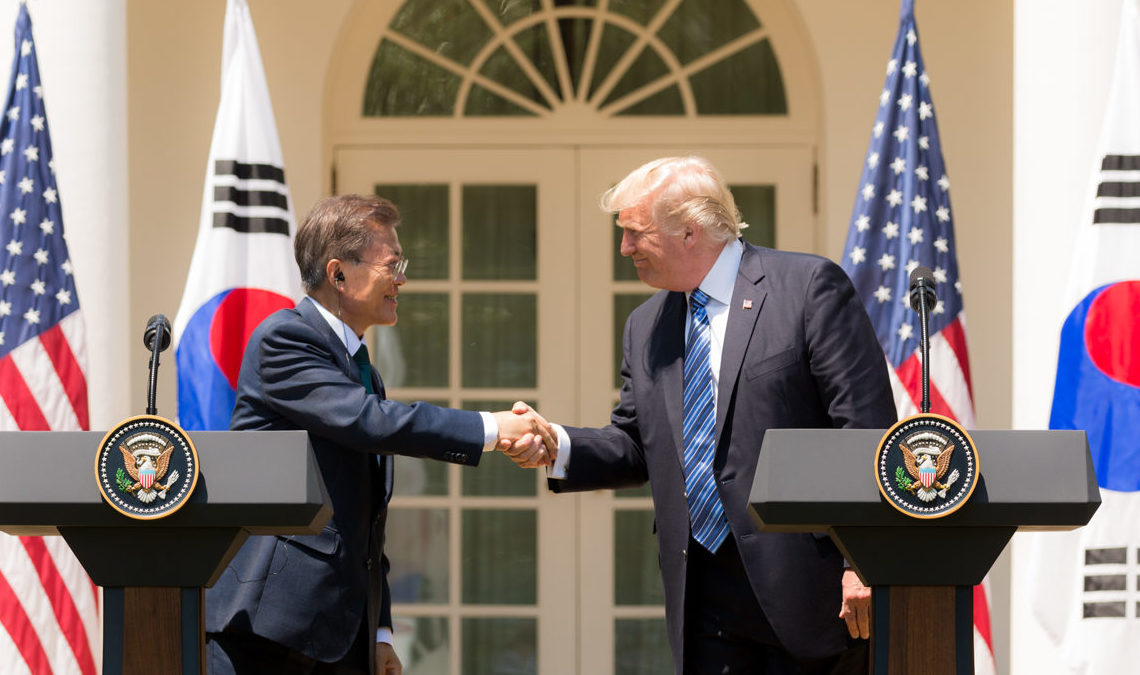 The following statement was released by the Governments of the United States of America and the Republic of Korea.

North Korea’s dangerous and destabilizing pursuit of nuclear-armed ballistic missiles represents a threat to all nations in the region and beyond. These actions will not alter the ironclad commitment of the United States and the Republic of Korea (ROK) Alliance to defend the ROK. North Korea’s recent provocations and belligerent rhetoric only drives the United States and the ROK to work more closely to defend against and counter this grave threat.

In line with President Donald J. Trump’s and President Moon Jae-in’s decision to regularize the Extended Deterrence Strategy and Consultation Group (EDSCG), the foreign affairs and defense agencies of the two countries have approved a new framework for the group and committed to holding an EDSCG meeting in the near future. This codification highlights the commitment by both partners to more closely consult and coordinate across the whole of our respective governments to strengthen the Alliance’s posture and reinforce the U.S. commitment to extended deterrence.

Going forward, the EDSCG will hold a plenary session annually. A senior level Executive Session will take place in conjunction with the plenary session on years when a U.S.-ROK 2+2 ministerial meeting does not occur. The EDSCG will coordinate whole-of-government efforts to employ all elements of national power to strengthen extended deterrence. Designated officials from both countries will use the EDSCG mechanism to improve the Alliance’s deterrence posture vis-à-vis North Korea through deeper coordination on diplomatic, information, military, and economic actions; to inform the 2+2 ministerial on Alliance efforts and advance whole-of-government deterrence; and to consult on strategic policy issues impacting deterrence and assurance from a regional security perspective.