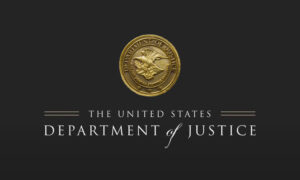 WASHINGTON – The Justice Department today filed a civil forfeiture complaint detailing two hacks of virtual currency exchanges by North Korean actors.  These actors stole millions of dollars’ worth of cryptocurrency and ultimately laundered the funds through Chinese over-the-counter (OTC) cryptocurrency traders.  The complaint follows related criminal and civil actions announced in March 2020 pertaining to the theft of $250 million in cryptocurrency through other exchange hacks by North Korean actors.

“Today, prosecutors and investigators have once again exemplified our commitment to attribute national security cyber threats, to impose costs on these actors, and bring some measure of relief to victims of malicious cyber activities,” said Assistant Attorney General John C. Demers of the Justice Department’s National Security Division.  “Although North Korea is unlikely to stop trying to pillage the international financial sector to fund a failed economic and political regime, actions like those today send a powerful message to the private sector and foreign governments regarding the benefits of working with us to counter this threat.”

“As part of our commitment to safeguarding national security, this office has been at the forefront of targeting North Korea’s criminal attacks on the financial system,” said Acting U.S. Attorney Michael R. Sherwin of the District of Columbia.  “This complaint reveals the incredible skill of our Cryptocurrency Strike Force in tracing and seizing virtual currency, which criminals previously thought to be impossible.”

“FBI efforts to stop the flow of threat finance around the world are central to our strategy to address transnational crime,” said Assistant Director Calvin A. Shivers of the FBI’s Criminal Investigative Division.  “This strategy is strengthened by the skills and expertise we continue to develop in virtual asset investigations such as this, which enable the FBI and our partners to identify and seize illicit assets.”

“As North Korea becomes bolder and more desperate in their efforts to steal money using sophisticated money laundering techniques, HSI will continue to apply pressure by exposing their fraudulent transactions,” said Special Agent in Charge Steven Cagen of U.S. Immigration and Customs Enforcement’s Homeland Security Investigations (HSI) Denver.  “We are committed to safeguarding the interest of the United States against the criminal elements in North Korea to protect the integrity of the cyber financial system.”

“At U.S. Cyber Command, we leverage a persistent engagement approach to challenge our adversaries’ actions in cyberspace,” said Brigadier General Joe Hartman, Commander of the Cyber National Mission Force. “This includes disrupting North Korean efforts to illicitly generate revenue. Department of Defense cyber operations do not occur in isolation. Persistent engagement includes acting through cyber-enabled operations as much as it does sharing information with our interagency partners to do the same.”

“Today’s complaint demonstrates that North Korean actors cannot hide their crimes within the anonymity of the internet.  International cryptocurrency laundering schemes undermine the integrity of our financial systems at a global level, and we will use every tool in our arsenal to investigate and disrupt these crimes,” said Special Agent in Charge Emmerson Buie Jr. of the FBI’s Chicago Field Office.  “The FBI will continue to impose risks and consequences on criminals who seek to undermine our national security interests.”

As alleged in the complaint, in July 2019, a virtual currency exchange was hacked by an actor tied to North Korea.  The hacker allegedly stole over $272,000 worth of alternative cryptocurrencies and tokens, including Proton Tokens, PlayGame tokens, and IHT Real Estate Protocol tokens.  Over the subsequent months, the funds were laundered through several intermediary addresses and other virtual currency exchanges.  In many instances, the actor converted the cryptocurrency into BTC, Tether, or other forms of cryptocurrency – a process known as “chain hopping” – in order to obfuscate the transaction path.  As detailed in the pleadings, law enforcement was nonetheless able to trace the funds, despite the sophisticated laundering techniques used.

The funds from both of the above hacks, as well as hacks previously detailed in a March 2020 forfeiture action (1:20-cv-00606-TJK), were all allegedly laundered by the same group of Chinese OTC actors.  The infrastructure and communication accounts used to further the intrusions and fund transfers were also tied to North Korea.

The claims made in this complaint are only allegations and do not constitute a determination of liability.  The burden to prove forfeitability in a civil forfeiture proceeding is upon the government.

Support to this effort was provided by FBI’s San Francisco Field Office and the U.S. Attorney’s Office of the Northern District of Georgia.

Support to this effort was also provided by United States Cyber Command.  More information about the command’s efforts to combat North Korean and other malware activity can be found on Twitter and VirusTotal.