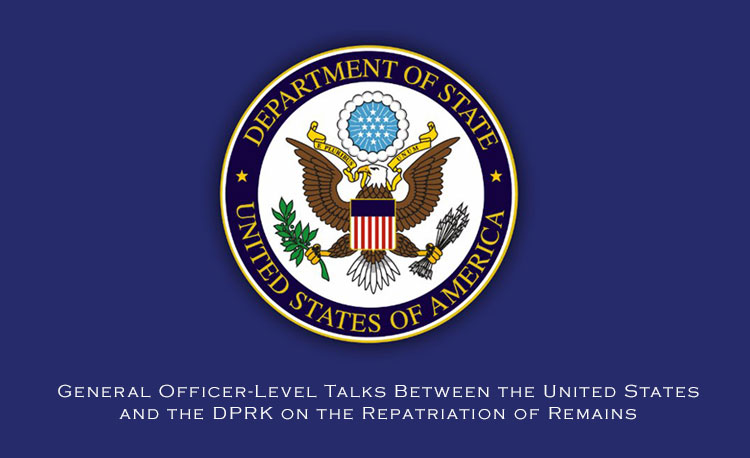 On Sunday, July 15, representatives from the United States held the first General Officer-level talks with the DPRK since 2009. They met to discuss the return of U.S. service members’ remains missing since the Korean War. This meeting was aimed at fulfilling one of the commitments made by Chairman Kim at the Singapore Summit. Today’s talks were productive and cooperative and resulted in firm commitments.

Working level meetings between U.S. and North Korean officials will begin on Monday, July 16, to ‎coordinate the next steps, including the transfer of remains already collected in the DPRK.

Additionally, both sides agreed to re-commence field operations in the DPRK to search for the estimated 5,300 Americans who never returned home.