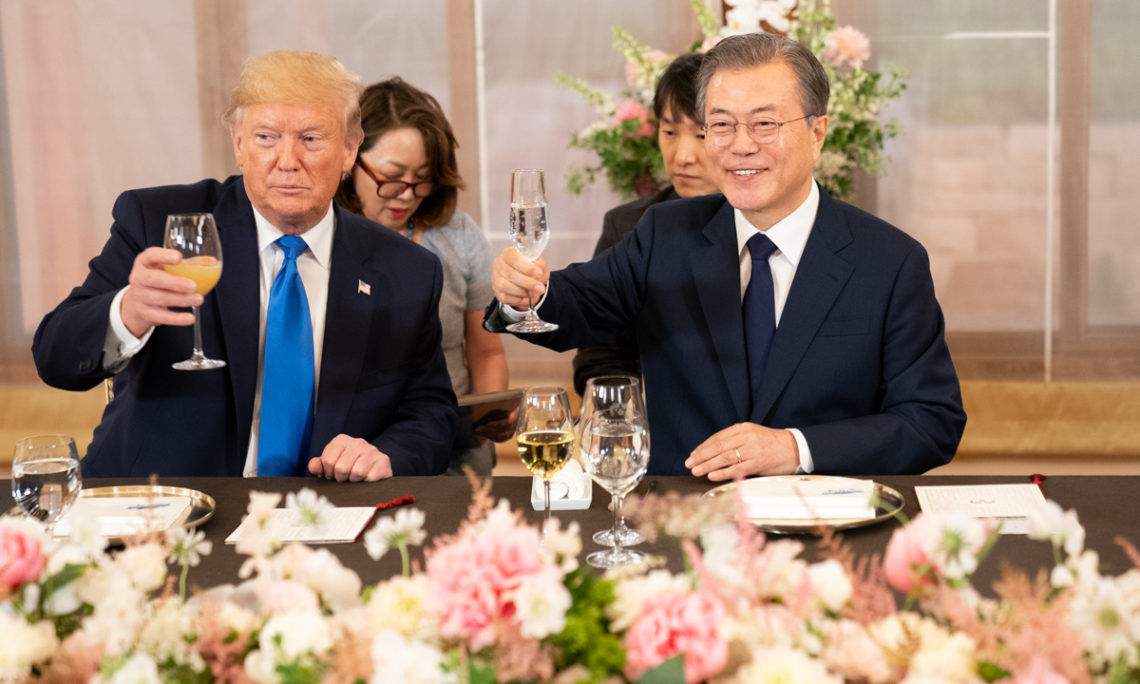 PRESIDENT MOON: (As interpreted.) President Trump and members of the U.S. delegation to the Republic of Korea, I’d like to extend my warmest welcome to you all, and thank you very much for joining us today.

With President Trump and also myself, during our presidency, I believe that the ROK-U.S. alliance has made significant improvements, especially in terms of security and also in terms of economic cooperation, also in terms of trade expansion and mutually beneficial development and amendment of the KORUS FTA. Indeed, there have been significant progresses made. And, as well, this people-to-people and cultural exchanges as well as other forms of exchanges are becoming very active as well.

President Trump’s and my efforts, I hope, will be able to produce some tangible results in the end.

PRESIDENT TRUMP: Well, thank you very much, Mr. President. And I will say that we had a great meeting just now. And we’re talking about some economic balance and a lot of other things. And I think that it will work out extremely well.

I’ve been told that Kim Jong Un would like to meet, and that — it looks like they’re in final stages of working out a — just a very quick meeting because I’ll be at the DMZ anyway, the border. I’ll be at the DMZ. And I look forward to saying hello to him if that all finally works out. I guess there’s always a chance that it might not, but it sounds like the teams would like to have that worked out. And so that’s good.

But we have had a great relationship, you and I. And I appreciate that. And I know you appreciate it, because the United States has been doing a very good job for a lot of countries. And I don’t know if a lot of countries appreciate what we’ve done, and that’s part of, perhaps, part of the reason I’m President right now and other people aren’t. But many of them do. And I think you do.

So, thank you very much. I appreciate your hosting us. You hosted us so beautifully. Thank you.

Thank you all very much. Thank you