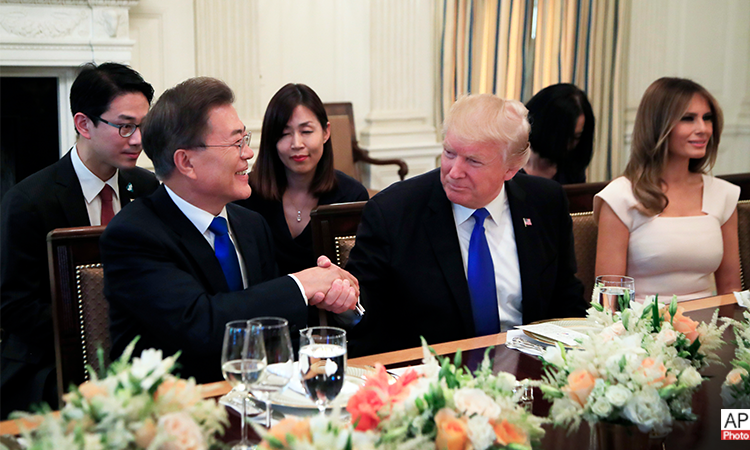 THE PRESIDENT:  President Moon, thank you very much.  It’s a great honor to have you at the White House and your very beautiful and lovely wife.  We appreciate it.

And we’re going to have tremendous discussions tonight.  I know you’ve been discussing with our people some of the complexities of North Korea and trade and other things, and we’ll be discussing them all as we progress — and it could be very well late into the evening.

I’d like to also congratulate you upon your election victory.  It was a great victory, and you did a fantastic job.  A lot of people didn’t expect that, and I did expect it.  I thought that was going to happen.  So I want to congratulate you very much.