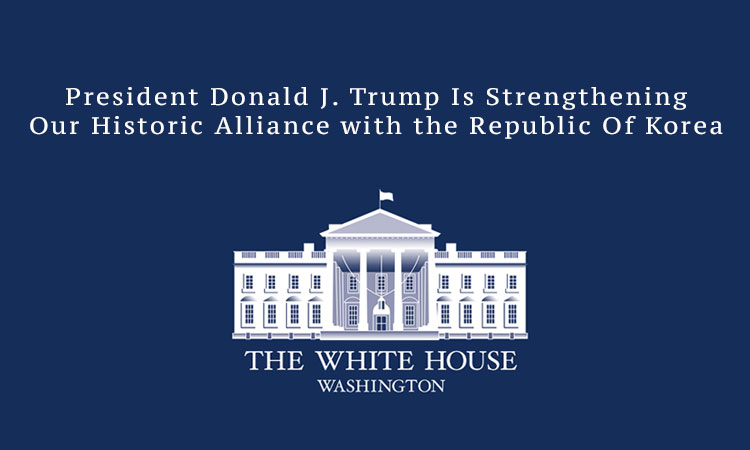 The partnership between our two nations and our two people is deep and enduring. We have been proud to stand by your side for many decades as an unwavering friend and a loyal ally. And you have never had a time where this ally has been more loyal or stood by your side more than right now.

A VITAL PARTNERSHIP: Today, President Donald J. Trump is visiting the Republic of Korea (ROK) to reaffirm a vital partnership that is essential to our economic and security interests.

WORKING TOWARD THE DENUCLEARIZATION OF NORTH KOREA: President Trump is working closely with President Moon Jae-in of the Republic of Korea to achieve the final and fully verified denuclearization of North Korea and to establish a lasting peace on the Korean Peninsula.