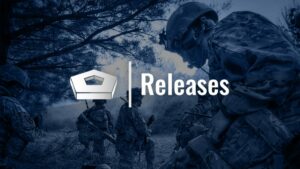 Joint Statement in Commemoration of the 70th Anniversary of the Outbreak of the Korean War by United States Secretary of Defense Dr. Mark T. Esper and Republic of Korea Minister of Defense Jeong Kyeong-doo

Today, the United States and the Republic of Korea (ROK) recognize and commemorate the 70th anniversary of the outbreak of the Korean War. On this day in 1950, the U.S.-ROK military alliance was born of necessity and forged in blood, as brave U.S. and ROK service members from a world apart banded together based on shared values and common purpose. This formidable force was soon augmented by service members from 16 partner nations who answered the call to preserve freedom and democracy under the auspices of the newly-formed United Nations Command.

Seven decades later, the U.S.-ROK Alliance remains the linchpin for security, stability, and prosperity on the Korean Peninsula and in the Northeast Asia region. On behalf of their grateful nations, Secretary Esper and Minister Jeong pay tribute to the sacrifice, bravery, and legacy of those who laid down their lives in defense of a free, democratic, and prosperous ROK. The Secretary and the Minister also salute the members of the armed forces, past and present, who have maintained an allied presence on the Korean Peninsula since the 1953 Armistice Agreement. Additionally, both leaders reaffirm their commitment to a combined defense posture that ensures lasting peace and prosperity on the Korean Peninsula.

The U.S. Department of Defense (DoD) and the ROK Ministry of National Defense (MND) remain firmly committed to defending the hard-fought peace on the Korean Peninsula, to include supporting ongoing diplomatic efforts for the complete denuclearization of the Democratic People’s Republic of Korea (DPRK) consistent with multiple United Nations Security Council Resolutions. Both leaders call on the DPRK to meet its commitments in alignment with the Singapore Summit Joint Statement, the Comprehensive Military Agreement, and other relevant agreements. In the spirit of shared sacrifice, Secretary Esper affirms the United States’ ironclad commitment to the defense of the ROK, and the two leaders commit to strengthening and adapting the alliance to meet present and future challenges.

Additionally, the two leaders affirm the importance of the rules-based international order and adherence to international rules and norms, including those of freedom of navigation, and overflight. The Secretary and Minister agree on the necessity of increased coordination given complex global and regional security dynamics, and will seek to strengthen coordination and cooperation on a diverse range of issues. The two leaders will also continue to seek synergies in U.S. and ROK regional strategies in order to maintain the peace and security of the Northeast Asian region through trilateral and multilateral security cooperation. DoD and MND will continue to promote peace and stability in the region through information sharing, high-level policy consultation, and combined exercises. The Secretary highlighted the ROK response to COVID-19 as the model for effectiveness and transparency; DoD and MND will continue to cooperate closely to deal with this global pandemic.

The U.S.-ROK Alliance is built on mutual trust and shared values of freedom, democracy, human rights, and the rule of law. In that spirit, both leaders remain committed to deepening the breadth and depth of bilateral cooperation to strengthen our security relationship and build on the legacy of our combined force long into the future. As the U.S.-ROK Alliance motto goes: “Katchi Kapshida! We go together!”