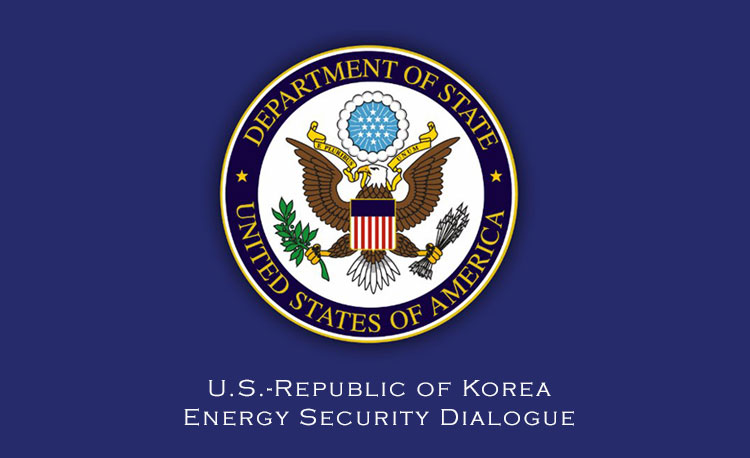 Officials from the U.S. Departments of Energy and Commerce participated in the dialogue along with a Korean delegation from the Ministry of Foreign Affairs, the Korea Electric Power Company Research Institute, and the Embassy of the Republic of Korea in Washington, DC.

As President Trump highlighted in his visit to the Republic of Korea in November 2017, the U.S.-R.O.K. alliance remains a linchpin for security, stability, and prosperity in the Indo-Pacific. Today’s energy dialogue builds on that vision and the strong bilateral cooperation that serves as a foundation for our solid alliance with the R.O.K.

For further information, contact Vincent Campos, Spokesperson for the Bureau of Energy Resources, at CamposVM@state.gov or visit www.state.gov/e/enr. You can also find information on Twitter at @EnergyAtState.