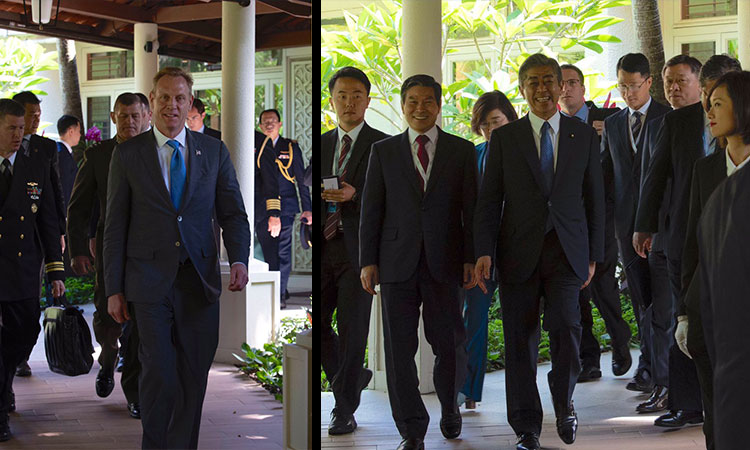 The three ministers pledged that Japan, the ROK, and the United States will closely cooperate to support diplomatic efforts to establish complete denuclearization and permanent peace on the Korean Peninsula. They also exchanged their views on the recent missile launches by North Korea, and confirmed that they would stay vigilant as defense authorities. They underscored the importance of the international community’s commitment to fully implement United Nations Security Council Resolutions (UNSCRs), including sustained international cooperation to deter, disrupt, and ultimately eliminate North Korea’s illicit ship-to-ship transfers. They recognized the international community’s shared goal of North Korea’s full compliance with its international obligations in accordance with all relevant UNSCRs, which call for North Korea’s complete denuclearization in a verifiable and irreversible manner.

The three ministers discussed other regional security issues and concurred on the importance of a rules-based order. They reaffirmed that freedom of navigation and overflight must be ensured, and that all disputes should be resolved in a peaceful manner in accordance with the principles of international law. In addition, the three ministers shared the recognition that defense-related confidence-building among countries in the region is important, and committed to strengthening cooperation to institutionalize such efforts.

The United States reaffirmed its ironclad security commitments to Japan and the ROK, and the ministers pledged to continue to work closely together for peace and stability in the region and around the world.