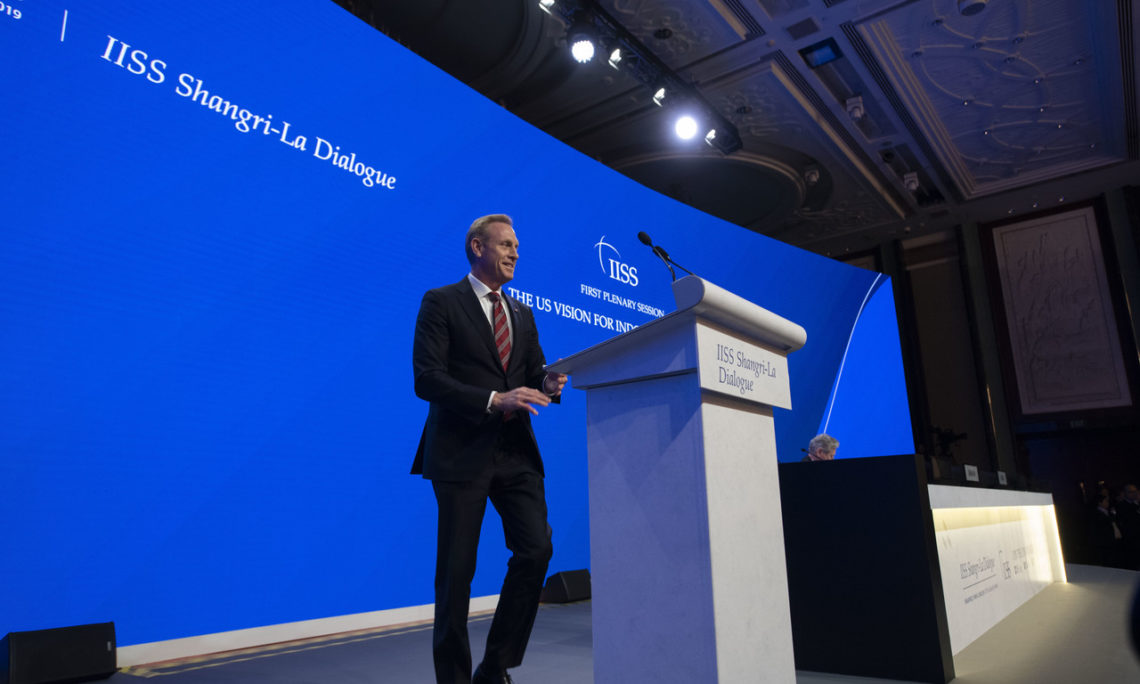 The United States military is partnering with nations from across a wide swath of the Indo-Pacific region, and those nations must follow with their own investments if the partnerships are to grow, Acting Defense Secretary Patrick M. Shanahan said in a speech at the Shangri-La Dialogue in Singapore.

At the International Institute for Strategic Studies-sponsored defense summit today, the acting defense secretary said the U.S. has more than 370,000 service members in the Indo-Pacific region, training and working alongside allied and partner forces there.

The U.S. Pacific Command, he said, has four times more assigned forces than any other geographic combatant command.

”Across the Indo-Pacific, the United States has more than 2,000 aircraft, providing the ability to rapidly project power across the vast distances of this region,” Shanahan said. ”More than 200 ships and submarines ensure freedom of navigation, search and rescue, and rapid assistance in the event of natural disasters. We are investing in advanced missile defense systems, interoperable with allied systems in Japan, Australia and South Korea.”

The acting defense secretary called on partner nations to do their part to build security in their own countries, and strengthen alliances with neighboring nations.

Every nation, Shanahan said, has a responsibility to contribute to a free and open Indo-Pacific region. The United States will uphold its commitments to the region, he said, but allies and partners must contribute their fair share to the combined efforts to secure freedom and prosperity there.

”We need you to invest sufficiently in your own defense,” he said. ”It strengthens deterrence. Build third-party capacity — it helps the network scale. Uphold rules-based international order — it keeps the playing field level. Provide access to address contingencies — it makes us more responsive. Strengthen interoperability and think carefully about the implications of defense sales; you are buying a long-term relationship, not just a platform.”

Shanahan said the U.S. has a long history of engagement and partnership in the Indo-Pacific region, and that relationships there are growing.

For that security, and prosperity to continue, the acting defense secretary said that investments in partnerships and security will need to continue.

”As you invest in yourself, know that we are strengthening even further our unrivaled networks of alliances and partnerships,” Shanahan said. ”We know this region’s size and complexity requires the greatest degree of cooperation.”