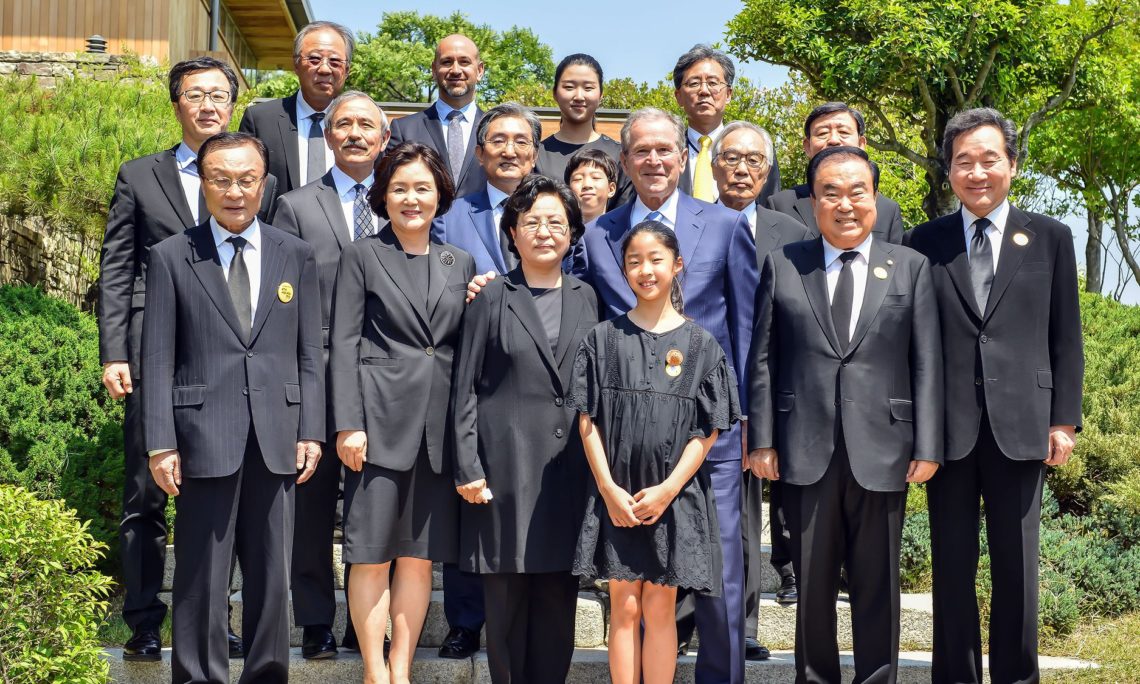 On May 23, Former U.S. President George W. Bush marked the 10th anniversary of the death of the late ROK President Roh Moo-hyun at Roh’s birthplace outside of Busan. Speaking to a crowd of more than 12,000 attendees, including ROK Prime Minister Lee Nak-yeon, Speaker of the National Assembly Moon Hee-sang, and First Lady Kim Jung-sook, President Bush lauded Roh as an advocate of human rights and a leader who was “not afraid to speak his mind—even to the President of the United States.” The two leaders had several interactions during their tenures as presidents, including the 2005 APEC Summit in Busan and signing the KORUS free trade agreement in 2007. Earlier, over tea, President Bush presented Former First Lady, Roh’s widow Kwon Yang-sook, with a portrait he had painted of the late Korean leader.