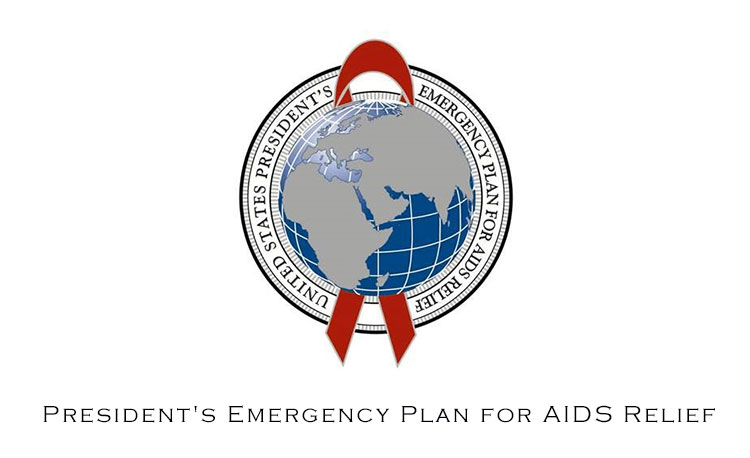 MR GREENAN: Good morning, everybody, and thank you for joining us for this on-the-record conference call on PEPFAR and the 15th anniversary. We have with us this morning Ambassador-at-Large Deborah L. Birx. She is the U.S. global AIDS coordinator and U.S. special representative for global health diplomacy.

Ambassador Birx oversees the implementation of the U.S. President’s Emergency Plan For AIDS Relief, or popularly known as PEPFAR, and she’s here to speak about the exciting new HIV treatment results that PEPFAR released this morning, and what the program is poised to accomplish as it marks its 15th anniversary this month.

So we’ll start with Ambassador Birx. I turn it over to you.

AMBASSADOR BIRX: Thank you and good morning, everyone. I’m going to be very brief so that I can get to your questions and answers, but I think many of you know that in January, 15 years ago, President Bush at the State of the Union announced this new and exciting program that no one had envisioned previously of a U.S. response to actually transform the lives of many throughout the globe. And this, within the next two weeks, is really marking the anniversary of the congressional legislation that authorized and appropriated PEPFAR. So I think many of you remember those dark days 15 years ago, of course across many resource-limited settings but very dramatically on the continent of Africa, where less than 50,000 individuals total had access to treatment. And of course, many of those were the more affluent in Africa.

And so today we announce 14 million men, women, and children on treatment. That’s twice as many as we had just four and a half years ago, and I think it shows that despite our flat budget, through our work with the countries and work with partners, we’ve really dramatically increased the effectiveness of the program. And so we’ve not only saved those 14 million lives – those are mothers and daughters and fathers and schoolteachers and sons – but we’ve also accelerated our prevention interventions.

And so this month with the 15th anniversary, we continue to have remarkable and strong bipartisan support, and we’ve spanned three presidential administrations and eight Congresses, all of which have spoken to the importance of PEPFAR, and I think you know under the leadership of President Donald Trump, and really importantly the generosity of the American people, which we take very seriously. We know that these are hard-earned taxpayer dollars that we have to translate into an impactful program on the ground, and we’ve moved very much to looking at outcomes and impacts to ensure that every dollar is used effectively.

So in addition to the 14 million lives saved that are on life-saving treatment, we also prevented infections of over 2.2 million babies, and I think you know that we care for over 6 million – 6.4 million orphans and vulnerable children. And that’s a critical program for us because we want the babies that are born HIV-free to thrive, and so we’re also working very hard to prevent infections among young men and boys, and we’ve been utilizing voluntary medical male circumcision. We’ve done 15 million of those. That dramatically reduces the risk of young men to HIV infection.

And I think you noticed in World AIDS Day that we announced that in the majority of the districts in which we were conducting our DREAMS program, a program I am personally very excited about, really looking at supporting young women to ensure that they can thrive and be AIDS-free under the DREAMS program – standing for Determined, Resilient, Empowered, AIDS-free, Mentored, and Safe young women – we had a 25 to 40 percent decline in the new rates of infection in those young women in just 24 months. And so we are excited to continue that program and expand that program over the next year with our Fiscal Year ’18 budget.

But we also know, and we’ve been in deep discussions with countries about how we actually bring this epidemic under control, and we’re seeing amazing progress where we really believe that we can achieve our goal of a minimum of 10 countries really getting the epidemic under control in the next three years. This will be an important roadmap for the rest of the world to really encourage all of us that we can actually control a pandemic without a vaccine or a cure. We want a vaccine and a cure, and I know NIH is closely working on developing an HIV vaccine and a cure, which would be important for both elimination and then a potential eradication of HIV.

But on our road to getting to those important milestones, we are poised to actually get to a point where the epidemic is no longer expanding. Tomorrow we have a great celebration on the Hill between 4:00 to 6:00 in Dirksen in 419, really recognizing the bipartisan support that we’ve had in Congress through these eight Congresses.

And so I’m going to stop there so that you’ll have time to ask questions.

MR GREENAN: All right. Thank you very much, Ambassador. And so now we’ll move over to the question period. If anyone has any questions, they should indicate that interest now.

OPERATOR: Ladies and gentlemen, if you do wish to ask a question, please press * and then 1 on your touchtone phone. You’ll hear a tone indicating you’ve been placed in queue and you may remove yourself from the queue by pressing the pound key. Again, it’s * and then 1.

And currently, no questions from the phone lines. Give it a minute here, and again, it’s *1.

AMBASSADOR BIRX: Well, hopefully everyone will come to the Hill event tomorrow and we can really talk in person because I think we really are at a very important time in the epidemic where we can actually create the success that we never thought was possible before.

MR GREENAN: Okay. Well, if we don’t have any questions, then we will conclude. I thank you, Ambassador Birx, for taking the time this morning to speak with us, and we’ll have a transcript out of this. If there are any follow-up questions, we’re also happy to take them through the press office.

Thank you, everybody, for joining us this morning.