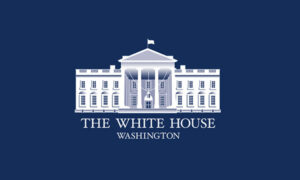 As the global leader in innovation and commerce, the United States is willing to do business with any country strongly committed to open, fair, and competitive markets, benefitting our Nation’s farmers, ranchers, manufacturers, service providers, and entrepreneurs.  During World Trade Week, we reaffirm that free, fair, and reciprocal trade is essential to driving economic growth and ensuring a secure and prosperous future for our Nation.

For far too long, other countries have taken advantage of American workers and producers through unfair and unbalanced trade deals. Since my first day in office, my Administration has worked tirelessly to rebalance these harmful agreements in order to protect the talent, hard work, and ingenuity of the American people.  We are negotiating with unrelenting and uncompromising drive to modernize and improve existing trade agreements and to secure new deals that are fair and reciprocal.  As a result, our Nation now enters this new decade with deals in place and a philosophy of trade that will benefit American workers, producers, and consumers for years to come.

In January, I was proud to deliver on my promise to end the outdated and unbalanced North American Free Trade Agreement, and I signed into law the United States-Mexico-Canada Agreement Implementation Act.  This new agreement opens up markets throughout North America for American small- and medium-sized businesses across all sectors of the economy.  My Administration also significantly updated one of our most consequential trade deals, the United States-Korea Free Trade Agreement, to include key provisions that increase American exports and secure high‑paying manufacturing jobs in our Nation’s auto industry. I also signed two trade agreements with Japan to substantially expand market access for American farmers and preserve America’s role in the growing digital economy.

My Administration is also delivering on our promise to begin rebalancing our trade relationship with China.  Through tough, honest, and open negotiations, we reached a new deal with the People’s Republic of China this past January.  The agreement preserves tariffs while securing historic protections for intellectual property, commitments to combat counterfeit goods, safeguards against forced technology transfer, a mechanism to address unfair currency practices, promises for the purchase of $40 to $50 billion in agricultural goods each year for the next 2 years, and a strong dispute resolution mechanism to ensure timely and effective implementation.  In every negotiation, we are putting American jobs and American workers first, and we will continue working to secure a level playing field for all American farmers, ranchers, and businesses.

This week, we recommit to supporting trade deals that benefit hardworking Americans, continuing our legacy as producers of world-class manufacturing, agriculture, services, and technology.  Through adhering to the principles of free, fair, balanced, and reciprocal trade, we will continue unleashing the limitless potential of American workers and industry, building a better world for individuals and communities throughout our Nation and around the world.

NOW, THEREFORE, I, DONALD J. TRUMP, President of the United States of America, by virtue of the authority vested in me by the Constitution and the laws of the United States, do hereby proclaim May 17 through May 23, 2020, as World Trade Week.  I encourage Americans to observe this week with events, trade shows, and educational programs that celebrate the benefits of global trade to our country.

IN WITNESS WHEREOF, I have hereunto set my hand this fifteenth day of May, in the year of our Lord two thousand twenty, and of the Independence of the United States of America the two hundred and forty-fourth.