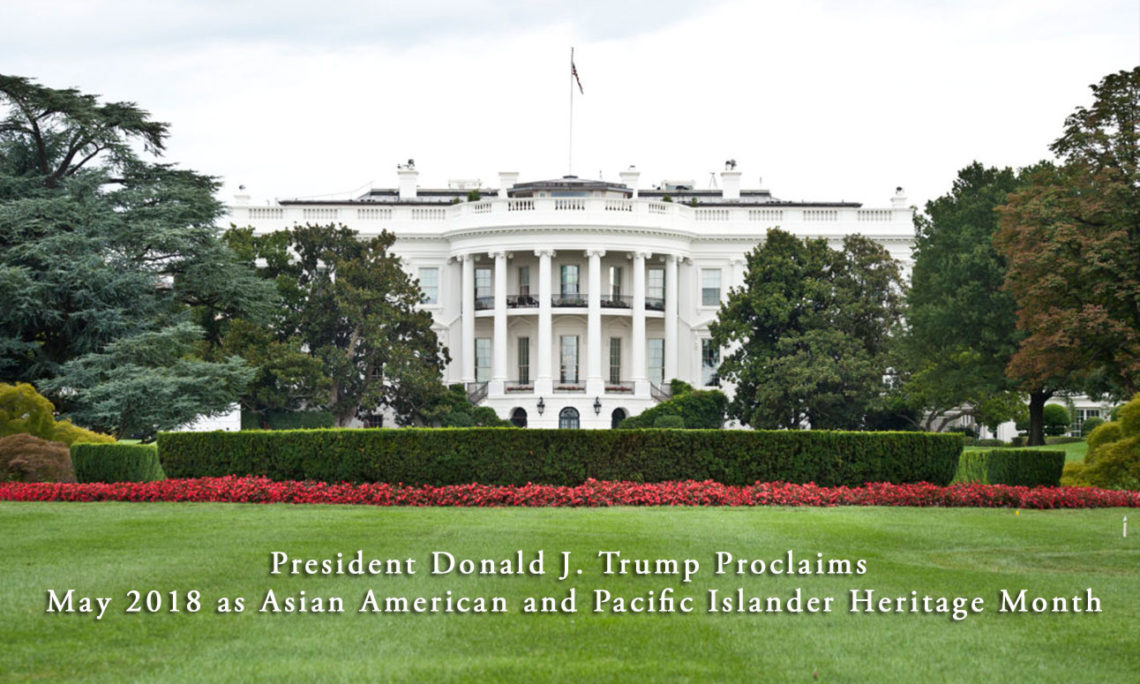 Americans of Asian and Pacific Islander descent have contributed immeasurably to our Nation’s development and diversity as a people.  During Asian American and Pacific Islander Heritage Month, we recognize their tremendous contributions, which have helped strengthen our communities, industries, Armed Forces, national security, and institutions of governance.  Through their industriousness and love of country, our Nation has enjoyed the privileges and enrichments of multiple innovations and societal advancements.

Indian American Kalpana Chawla was the first woman of Indian descent to fly in space, and became an American hero for her devotion to the Space Shuttle program and its various missions transporting cargo and crew to and from the International Space Station.  For her achievements, the Congress posthumously awarded her the Congressional Space Medal of Honor, and the National Aeronautics and Space Administration (NASA) posthumously awarded her the NASA Space Flight Medal and the NASA Distinguished Service Medal.  Ms. Chawla’s courage and passion continue to serve as an inspiration for millions of American girls who dream of one day becoming astronauts.

Susan Ahn Cuddy, who was the daughter of the first Korean couple to immigrate to the United States, also uplifted the Nation through strong work ethic, an unwavering love of country, and a steadfast devotion to her life mission, even in the face of great adversity.  She was the first Asian-American woman to join the U.S. Navy.  During World War II, she excelled as a code breaker and became the first female aerial gunnery officer in the Naval Forces.  Lieutenant Cuddy would go on to further serve her country as an intelligence analyst at the National Security Agency.

America is a country that values hard work, an honest living, and a commitment to the ideals of life, liberty, and the pursuit of happiness.  For these reasons, America cherishes its connections with the Indo-Pacific region, which shares an appreciation for these principles.  Americans of Asian and Pacific Islander heritage help to reinforce these relationships, which are stronger today than ever before.  As President, I have visited and renewed ties with countries from which many proud Americans hail, including Japan, South Korea, China, Vietnam, and the Philippines.  During my visits to these countries, I shared my vision for continued prosperity, peace, and security through a free and open Indo-Pacific region.  It is clear that a renewed sense of our common purpose and goals has consolidated and strengthened our economic, cultural, and security relationships.

This month, and every month, we honor the more than 20 million Asian Americans and Pacific Islanders who call America home, including those living in Guam, American Samoa, and the Commonwealth of the Northern Marianas, and we salute those who have served and are currently serving our Nation in the Armed Forces.  Together, we will continue to make our country more prosperous and secure for all Americans.

NOW, THEREFORE, I, DONALD J. TRUMP, President of the United States of America, by virtue of the authority vested in me by the Constitution and the laws of the United States, do hereby proclaim May 2018 as Asian American and Pacific Islander Heritage Month.  The Congress, by Public Law 102-450, as amended, has also designated the month of May each year as “Asian/Pacific American Heritage Month.” I encourage all Americans to learn more about those of Asian American, Native Hawaiian, and Pacific Islander heritage, and to observe this month with appropriate programs and activities.

IN WITNESS WHEREOF, I have hereunto set my hand this thirtieth day of April, in the year of our Lord two thousand eighteen, and of the Independence of the United States of America the two hundred and forty-second.