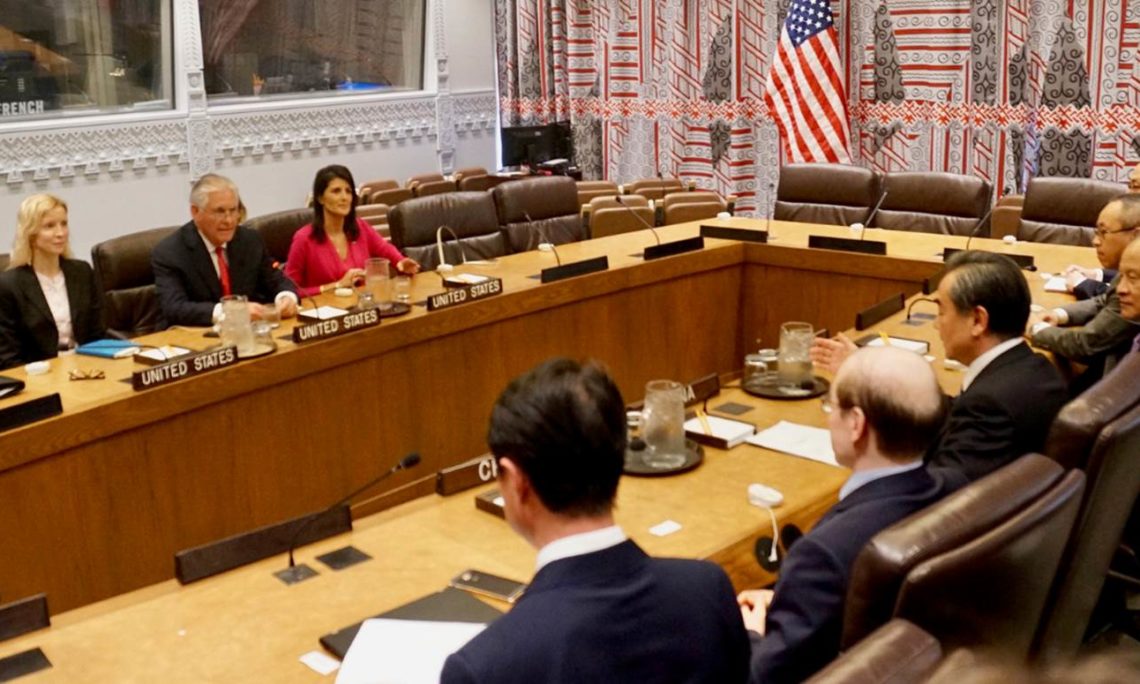 U.S. Mission to the UN

SECRETARY TILLERSON: Foreign Minister Wang Yi, thank you so much for traveling to New York and in particular participating in this morning’s very important session at the Security Council. I appreciated very much your remarks, and I appreciate the constructive way in which China has engaged with the United States to address the challenges on the Korean peninsula that are common to both of us.

We also appreciate the early relations that we are establishing with the visit of President Xi to Mar-a-Lago. Our two presidents, I think as you pointed out, have developed a very good understanding of one another and a level of trust which allows them to communicate openly, and that has translated to all of us. And we feel, too, very open to discuss issues of great importance with our counterparts. And we look forward to the engagement of the first important dialogues beginning next month, in June, in Washington, D.C., where we can begin to build on the discussions that began in Mar-a-Lago.

And again, thank you. I thank both of your ambassadors. They represent China well here at the United Nations and in Washington, and we appreciate the very open and frank conversations we are always able to have with them as well.