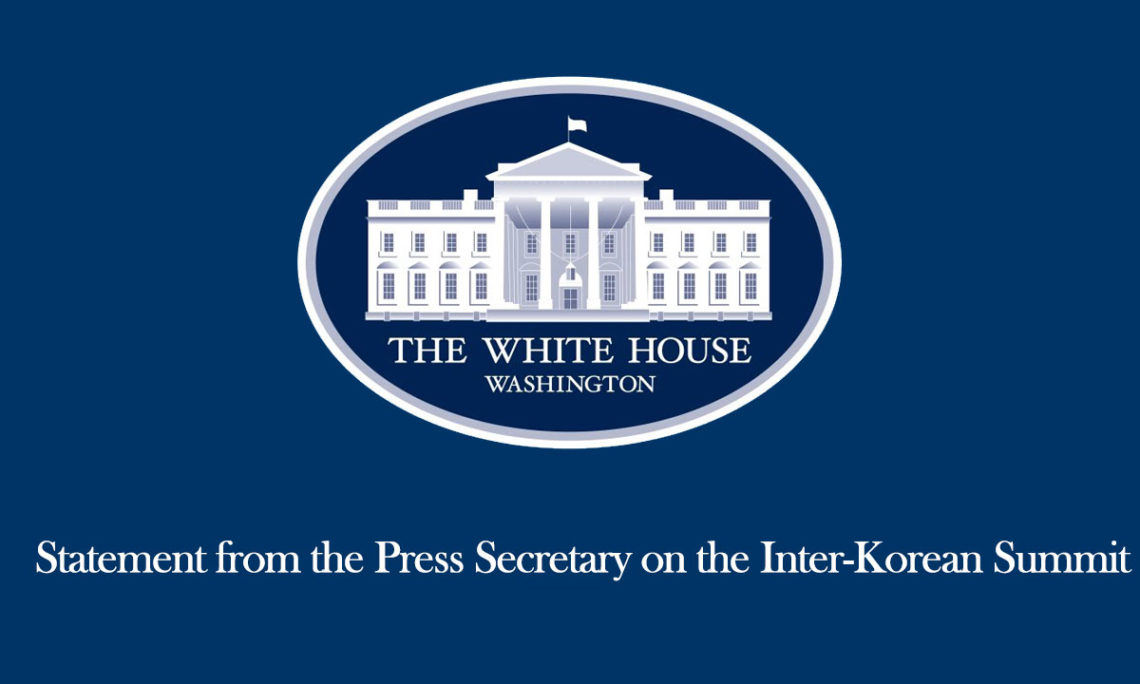 On the occasion of Republic of Korea President Moon Jae-in’s historic meeting with North Korean leader Kim Jong Un, we wish the Korean people well. We are hopeful that talks will achieve progress toward a future of peace and prosperity for the entire Korean Peninsula.  The United States appreciates the close coordination with our ally, the Republic of Korea, and looks forward to continuing robust discussions in preparation for the planned meeting between President Donald J. Trump and Kim Jong Un in the coming weeks.