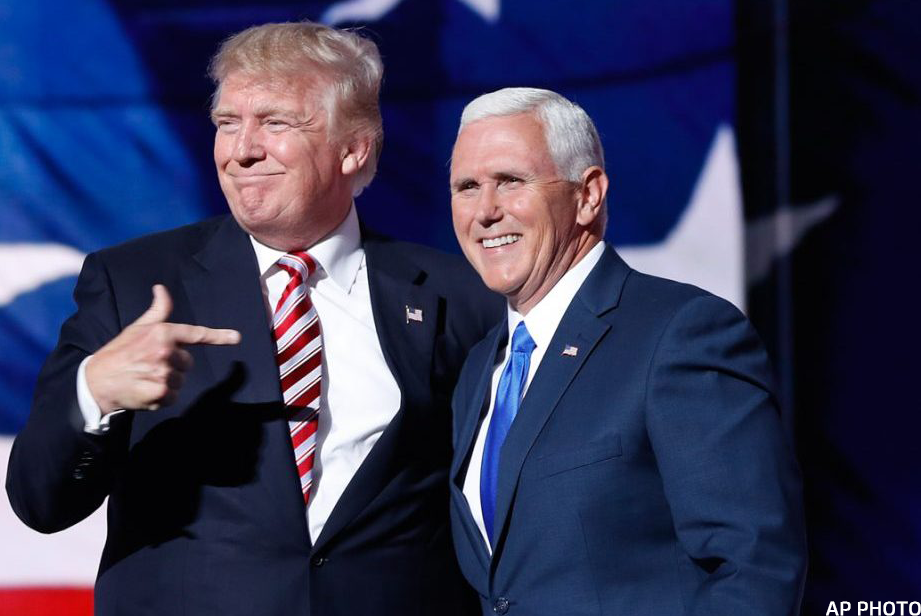 Vice presidents play a big role in the U.S. government, the most important of which is immediately stepping in and assuming full powers should a president die in office.

That’s happened eight times in history. A ninth vice president filled the vacancy when a president resigned. Vice presidents have also run for president themselves, and five have won. All told, 14 vice presidents — almost 30 percent — have moved into the Oval Office.

Vice presidents do more than just stand ready. They are confidants and counselors to the president, persuaders of Congress and the U.S. public, and often emissaries on missions abroad.

For example, Vice President Pence is traveling in the Asia-Pacific region in April to confer with key U.S. allies. Earlier, in February, Pence met with world leaders in Germany.

Under the Constitution, the vice president is the president of the Senate, although the duty is largely ceremonial. He votes only to break ties in the 100-member body.

No other powers are specified, but in reality “the office has grown into a central part of the presidency,” says Saint Louis University law professor Joel Goldstein. The vice president serves as an “across-the-board adviser and troubleshooter.”

Former President Obama lauded his vice president, Joe Biden, as someone who “can tell me things no one else can tell me.”

In the early years of the republic, the candidate receiving the most electoral votes became president, and the runner-up became vice president. Since 1804, the electoral college has voted separately for president and vice president (and today presidential candidates run on a ticket with a vice president of their choosing).

John Tyler was the first to succeed a deceased president, William Henry Harrison, who caught a cold on Inauguration Day in 1841. Congress balked at recognizing that Tyler had the full powers of the presidency, and detractors dubbed Tyler “His Accidency.” Tyler stood firm and established a precedent never since questioned.

The 25th Amendment to the Constitution, ratified after the 1963 assassination of John Kennedy, established succession procedures and allowed a new vice president to be appointed with congressional approval. Before then, in the case of a president’s death, the vice presidential job lay vacant until the next presidential election.

The vice president lives in a residence a few miles from the White House and flies on an Air Force jet.

Many vice presidents have a self-deprecating wit. Pence quips he and Trump are “a little bit different. I’m a small-town guy, he’s big-city. … He’s known for his bigger-than-life personality, his charm and his charisma — and I’m not.”