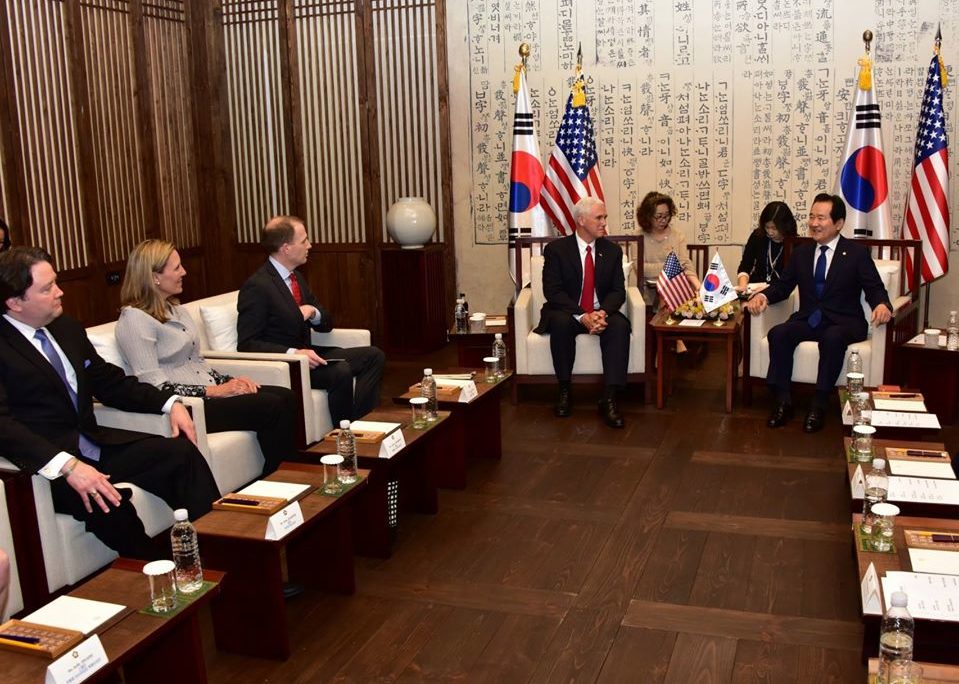 Today, Vice President Mike Pence met with Speaker of the National Assembly, Chung Sye-kyun, in Seoul, Republic of Korea. The Vice President reaffirmed the Administration’s commitment to our ironclad U.S.-ROK alliance and underscored the important role the alliance plays in upholding peace and security in the Asia-Pacific region. Vice President Pence and Speaker Chung discussed the importance of coordination and consultation to address the North Korean threat and underscored commitment to our ongoing bilateral efforts to deploy THAAD. The Vice President emphasized that whatever the outcome of the upcoming presidential election in the ROK, U.S. support will remain unchanged and unwavering.