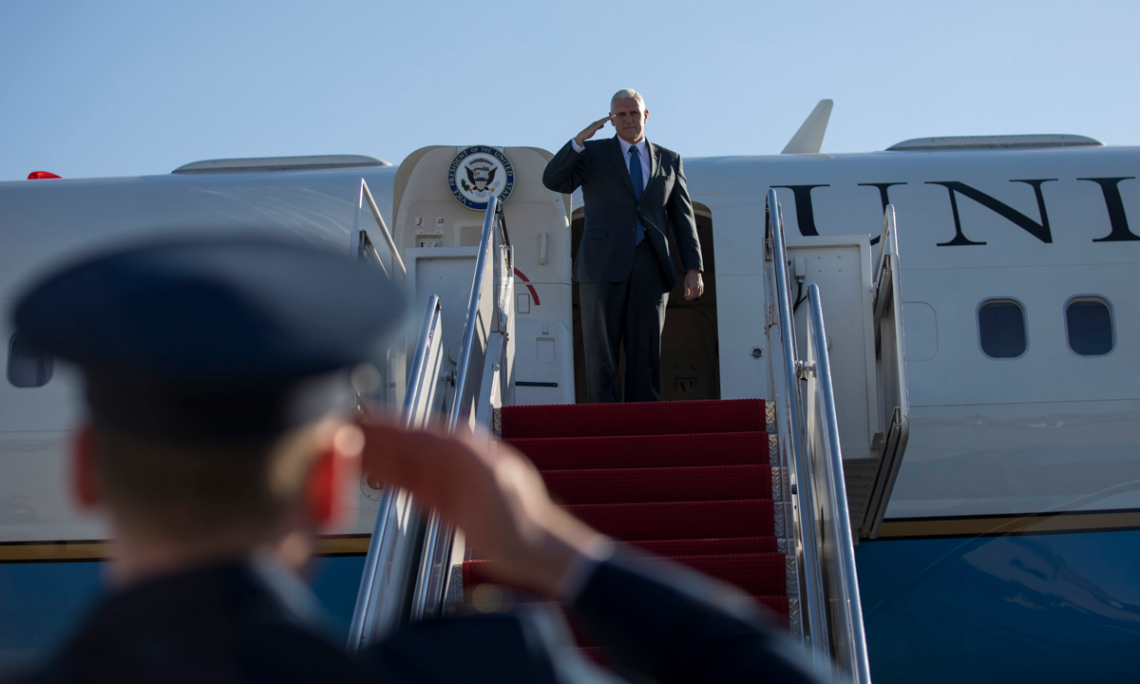 Vice President Mike Pence to Travel to the Republic of Korea, Japan, Indonesia, Australia, and Hawaii

WASHINGTON, DC – Vice President Mike Pence will travel to the Republic of Korea, Japan, Indonesia, Australia, and Hawaii from April 15-25, 2017.  This trip will serve as the Vice President’s first official travel to the Asia-Pacific region.  During his trip, the Vice President will emphasize President Trump’s continued commitment to U.S. alliances and partnerships in the Asia-Pacific region, highlight the Administration’s economic agenda, and underscore America’s unwavering support for our troops at home and abroad.

The Vice President on April 16 will arrive in Seoul, Republic of Korea, where he will spend Easter Sunday with United States and Republic of Korea troops and their families.  During the remainder of the visit, he will participate in a bilateral meeting with Acting President Hwang Kyo-ahn and meet with National Assembly Speaker Chung Sye-kyun.  Vice President Pence will also participate in a listening session with local business leaders and give remarks to the business community.

Note: The Vice President will travel with the Second Lady of the United States, Karen Pence, and his two daughters.  Mrs. Pence will release a more detailed schedule of her meetings and cultural visits in the coming days.