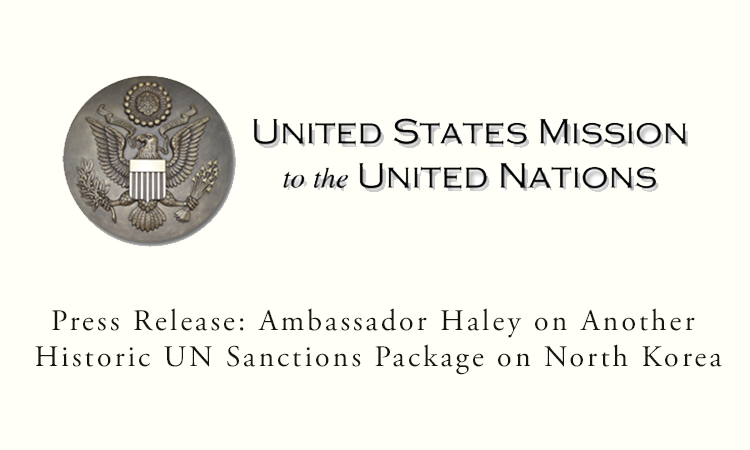 These new designations were proposed last month by the U.S. Mission to coincide with the announcement of the U.S. Treasury Department’s largest-ever North Korea sanctions package, and are part of a coordinated U.S. government effort with our allies and partners to continue the maximum pressure campaign on the North Korean regime and systematically shut down its maritime smuggling activities.

“The approval of this historic sanctions package is a clear sign that the international community is united in our efforts to keep up maximum pressure on the North Korean regime. We want to thank the members of the Security Council, as well as Japan and South Korea, for working with us to keep up the pressure and for their commitment to implementing UN Security Council resolutions and holding violators accountable,” said Ambassador Haley.