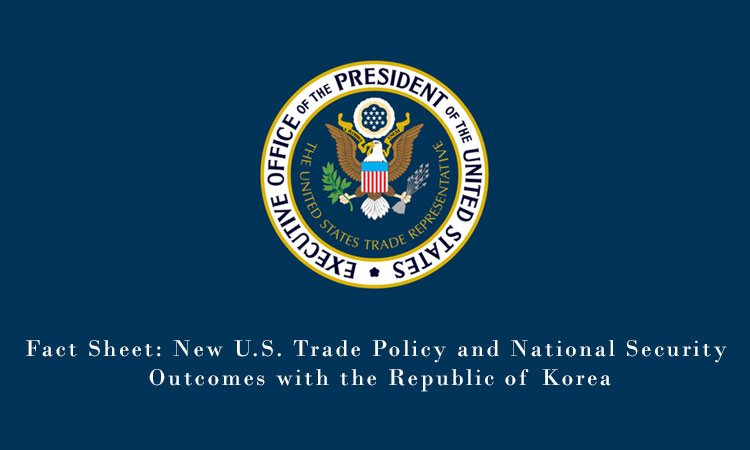 President Trump continues to fulfill one of his key promises to the American people: to secure free, fair and reciprocal trade deals for the American worker.

The Republic of Korea is an important ally and key trading partner. Improving KORUS by rebalancing our trade and reducing the trade deficit will strengthen our national security relationship.

Through negotiations to improve KORUS, the U.S. Trade Representative has secured changes that will reduce the trade deficit and ensure that KORUS is a good deal for U.S. workers and businesses.

1. PROCESS FOR KORUS AMENDMENTS AND MODIFICATIONS

4. OUTCOMES FOR SECTION 232 EXEMPTION FOR KOREA