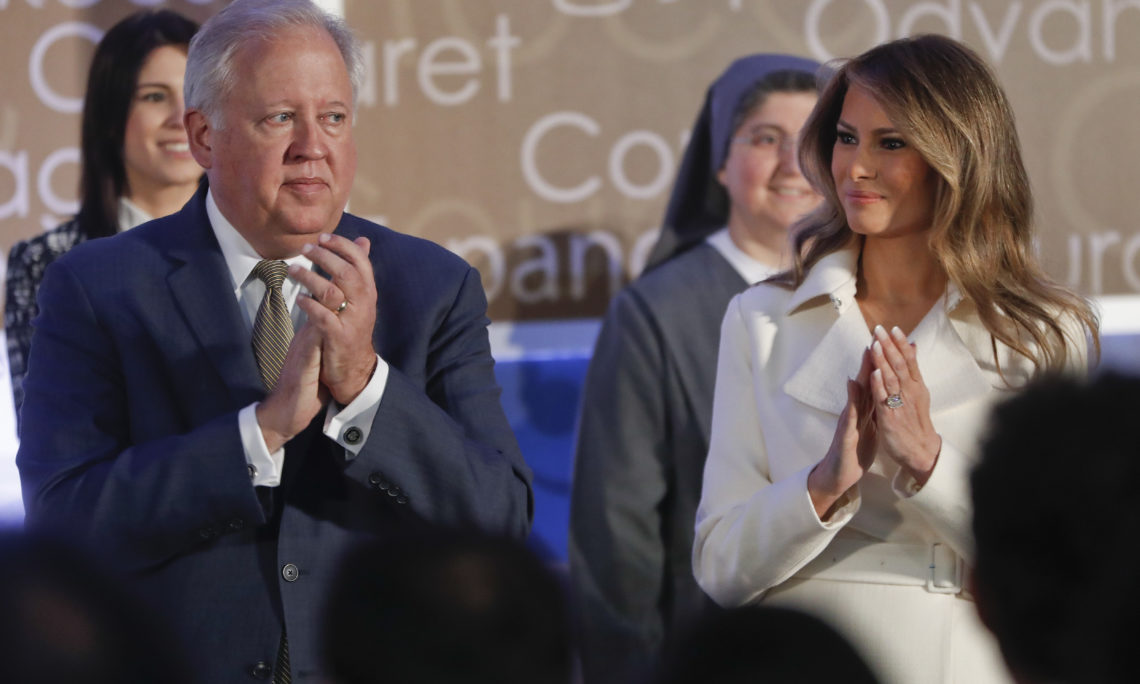 First lady Melania Trump, right, and Under Secretary of State for Political Affairs Thomas A. Shannon, right, applaud before presenting the 2017 Secretary's of State's International Women of Courage (IWOC) Award during a ceremony at the State Department in Washington, Wednesday, March 29, 2017. (AP

First Lady Melania Trump and Under Secretary of State for Political Affairs Thomas A. Shannon will present the 2017 Secretary of State’s International Women of Courage Award to a group of extraordinary women from around the world tomorrow at the U.S. Department of State.

The Secretary of State’s International Women of Courage Award annually recognizes women around the globe who have demonstrated exceptional courage and leadership in advocating for peace, justice, human rights, gender equality, and women’s empowerment, often at great personal risk. Since the inception of this award in 2007, the Department of State has honored over 100 women from more than 60 different countries.

Use #WomenOfCourage for news and updates about this year’s award.

For more information on these events, contact Maryum Saifee at SaifeeMF@state.gov.