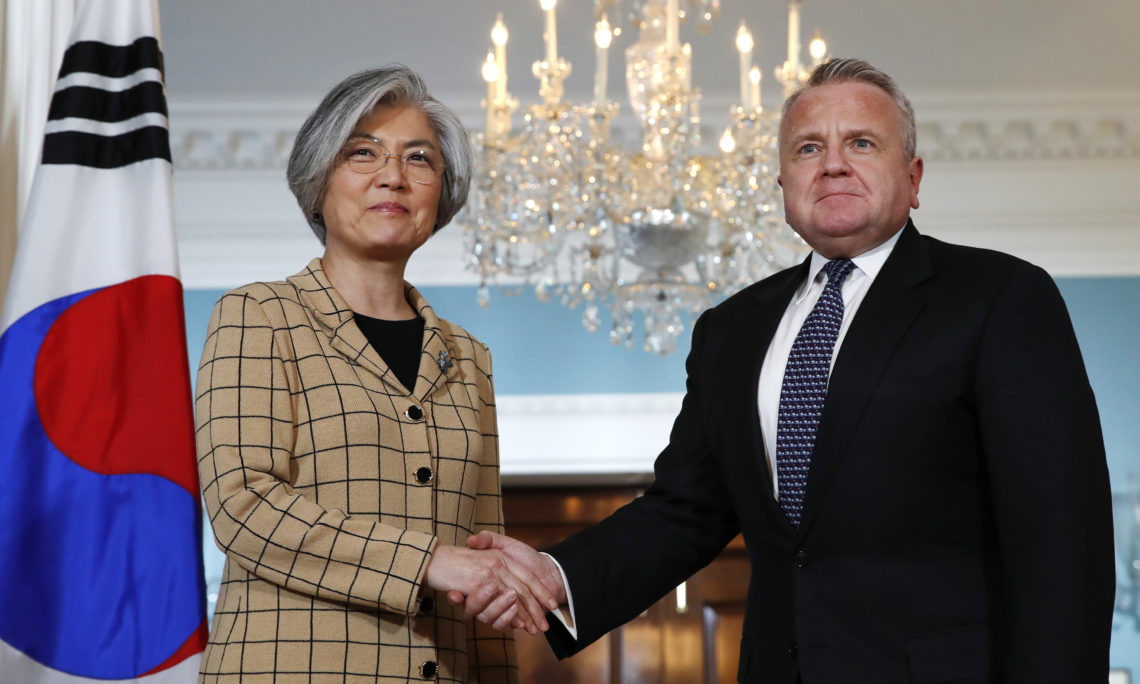 The below is attributable to Spokesperson Heather Nauert:

On March 16, Deputy Secretary of State John J. Sullivan met with ROK Foreign Minister Kang in Washington, D.C. Deputy Secretary Sullivan and Foreign Minister Kang reaffirmed that the U.S.-ROK Alliance is the lynchpin of stability and security in the region, particularly in light of the Democratic People’s Republic of Korea’s unlawful nuclear and ballistic missile programs. Both sides agreed that the announcement of a meeting between President Trump and North Korean leader Kim Jong Un is an historic opportunity and evidence that the global maximum pressure campaign is working and must remain in effect. Deputy Secretary Sullivan and Foreign Minister Kang agreed that international pressure on North Korea must be maintained until the regime takes credible, verifiable, and concrete steps toward denuclearization.