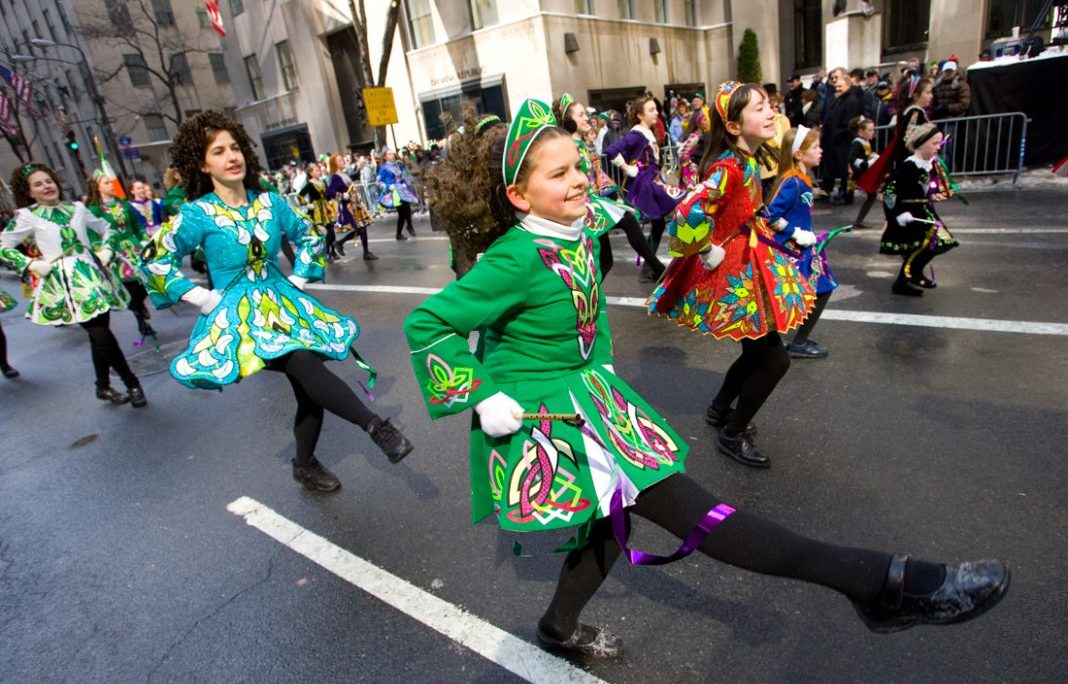 St. Patrick's Day is embraced by Americans of every ethnic background. (© AP Images)

St. Patrick’s Day, the feast day for Ireland’s patron saint, has come to embrace all ethnicities, not just the Irish. Some of the most popular traditions, now celebrated in countries around the world, got their start in the United States.

New York’s parade, held each year, is the world’s largest and longest, with 200,000 participants and nearly 3 million spectators. It traces its roots to March 17, 1762, when a small group of Irish New Yorkers marched to John Marshall’s inn. The earliest recorded St. Patrick’s Day observance took place in 1737 in Boston.

Other famous St. Patrick’s Day “traditions” are actually a novelty to many living in Ireland, where until a generation ago the holiday was celebrated strictly as a religious feast day. Where did people get the idea to wear green clothes or add green dye to rivers and fountains? Or eat corned beef and cabbage? Again, look to the United States.

Irish Americans have a vibrant history stretching back to the Colonial era, as these facts from historians and the U.S. Census Bureau demonstrate:

There are 16 places in the United States named Dublin, after Ireland’s capital.

In the U.S., St. Patrick’s Day has become an opportunity for everyone — Irish or not — to celebrate and offer their own interpretation of “Irishness.” As the saying goes, everyone is Irish on St. Patrick’s Day.