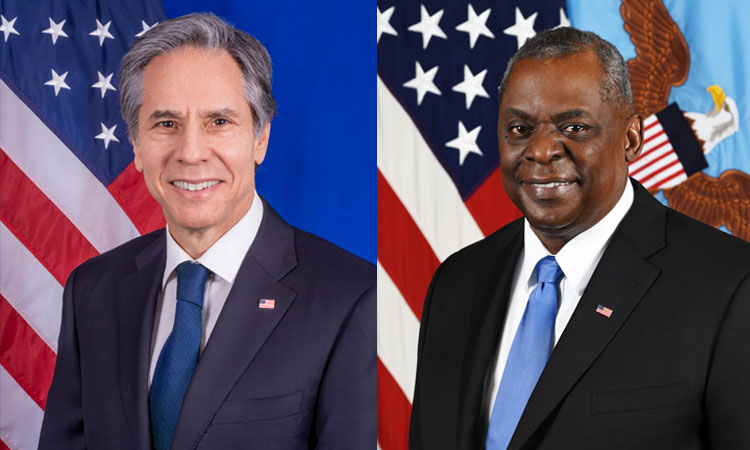 From his first day on the job, President Biden has emphasized America’s reengagement with the world, because it’s critical for us to meet the global challenges of our time.

The United States is now making a big push to revitalize our ties with friends and partners — both in one-to-one relationships and in multilateral institutions — and to recommit to our shared goals, values and responsibilities. This week, in the first Cabinet-level overseas trip of the Biden-Harris administration, we will bring that message to the Indo-Pacific region when we meet with our counterparts in Japan and the South Korea, two of our key allies.

Ahead of that journey, we want to take the opportunity to lay out why alliances are vital to our national security and how they deliver for the American people.

Our alliances are what our military calls “force multipliers.” We’re able to achieve far more with them than we could without them. No country on Earth has a network of alliances and partnerships like ours. It would be a huge strategic error to neglect these relationships. And it’s a wise use of our time and resources to adapt and renew them, to ensure they’re as strong and effective as they can be.

It’s not only our one-to-one ties that are valuable. We’re also focused on revitalizing the relationships between and among our allies. As the president has said, the world is at an inflection point. A fundamental debate is underway about the future — and whether democracy or autocracy offers the best path forward. It’s up to us and other democracies to come together and show the world that we can deliver — for our people and for each other.

Consider the two allies we will visit this week.

Our work with Japan and South Korea covers a vast range of issues that are critical to our security and prosperity — and to the world’s. Our diplomats and defense leaders strategize together on how to confront shared threats such as North Korea’s nuclear weapons and ballistic missile programs. We stand together in support of democratic values and will do so strongly wherever they are challenged. We collaborate on the full spectrum of new global security issues, including climate change, cybersecurity, and health security and pandemic preparedness. And our governments and private sectors are intent on strengthening economic ties between our countries that benefit workers and businesses. All that work is tied directly to the safety, well-being and economic security of the American people.

There’s another reason we’ve made this part of the world the site of our first in-person travel as secretary of state and secretary of defense. The Indo-Pacific region is increasingly the center of global geopolitics. It is home to billions of the world’s people, several established and rising powers, and five of America’s treaty allies. Plus, a great deal of the world’s trade travels through its sea lanes.

It is strongly in our interests for the Indo-Pacific region to be free and open, anchored by respect for human rights, democracy and the rule of law. This is a goal that Japan, South Korea and the United States share, and we will work together closely to achieve it.

Not all countries share this vision. Some seek to challenge the international order — that is, the rules, values and institutions that reduce conflict and make cooperation possible among nations. As countries in the region and beyond know, China in particular is all too willing to use coercion to get its way. Here again, we see how working with our allies is critical. Our combined power makes us stronger when we must push back against China’s aggression and threats. Together, we will hold China accountable when it abuses human rights in Xinjiang and Tibet, systematically erodes autonomy in Hong Kong, undercuts democracy in Taiwan or asserts maritime claims in the South China Sea that violate international law. If we don’t act decisively and lead, Beijing will.

As President Biden has said, the United States will lead with diplomacy, because it’s the most effective way to meet the challenges we face today, few of which can be solved by us acting alone. At the same time, we will maintain the world’s most powerful armed forces, because that’s a core source of our national — and collective — strength. And we will work hard to renew our alliances and ensure they’re fit for purpose to address the threats and opportunities of our time.

That will be our message in Asia this week and throughout the world in the weeks and months ahead.