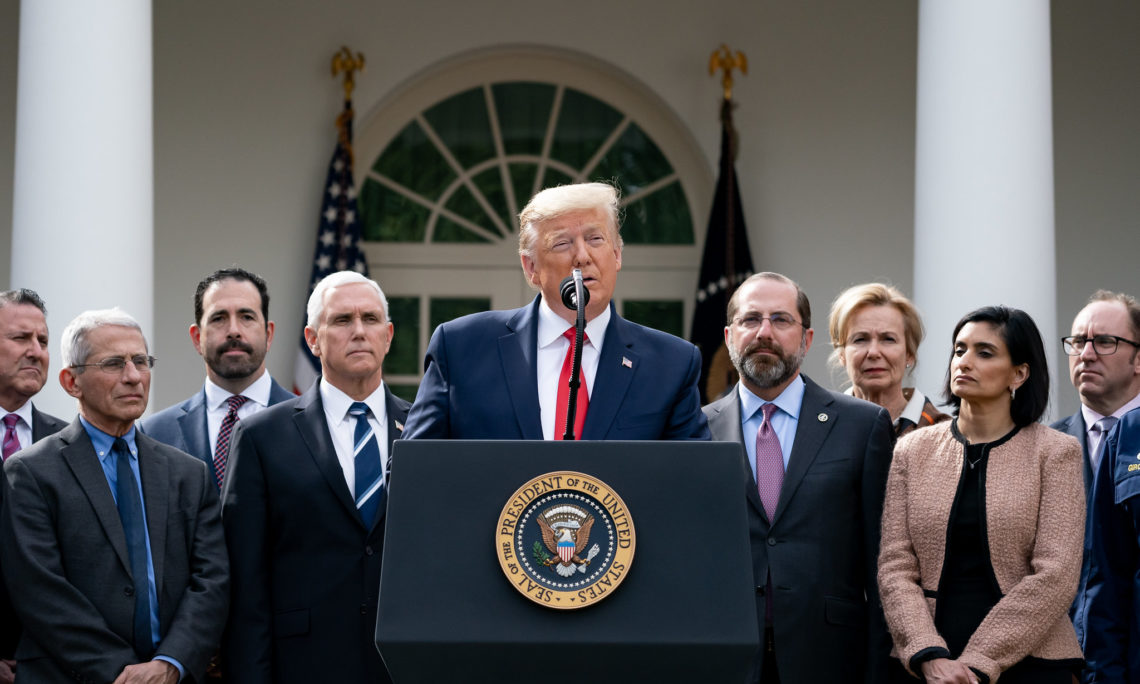 To unleash the full power of the federal government in this effort, today I am officially declaring a national emergency.  Two very big words.  The action I am taking will open up access to up to $50 billion of very importantly — very important and a large amount of money for states and territories and localities in our shared fight against this disease.

In furtherance of the order, I’m urging every state to set up emergency operation centers effective immediately.  You’re going to be hearing from some of the largest companies and greatest retailers and medical companies in the world.  They’re standing right behind me and to the side of me.

I’m also asking every hospital in this country to activate its emergency preparedness plan so that they can meet the needs of Americans everywhere.  The hospitals are very engaged.  New York and various other places are also various engaged.  I just spoke with Governor Cuomo; we had a very good conversation.  And we’re working very strongly with many states, including New York.

The emergency orders I am issuing today will also confer broad new authority to the Secretary of Health and Human Services.  The Secretary of HHS will be able to immediately waive provisions of applicable laws and regulations to give doctors, hospital — all hospitals — and healthcare providers maximum flexibility to respond to the virus and care for patients.

Q    Thank you very much, Mr. President.  In your speech to the nation, you mentioned the situation in China and South Korea have improved, and you’re thinking about remove the restrictions, also the warning —

Q    — in place right now.  When can we expect that announcement?  And how do you see the overall progress that Asian countries made?