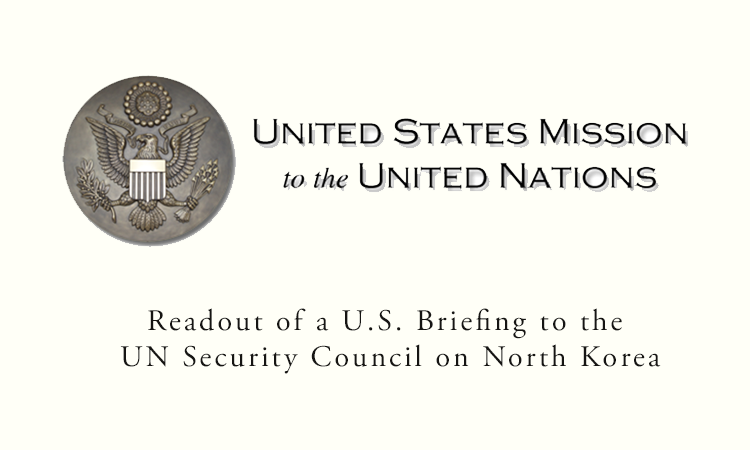 The U.S. Mission hosted members of the UN Security Council, the Republic of Korea, and Japan today for a briefing from U.S. National Security Adviser General H.R. McMaster. General McMaster briefed the U.S. strategy and emphasized that maintaining the global maximum pressure campaign until North Korea denuclearizes is an essential element of making these historic talks a success. General McMaster and Ambassador Haley urged the international community to maintain maximum pressure on the North Korean regime and asked Council members to devote the political will and resources necessary to fully implement UN Security Council resolutions to hold the regime accountable.

“The announcement of a meeting between President Trump and North Korean leader Kim is a historic opportunity that holds great potential for the world. While we can’t say whether Kim’s offer is genuine, we can say that this historic meeting would not have been possible without the international community’s participation in the maximum pressure campaign, initiated by the Trump Administration, and a commitment to holding North Korea accountable through three strong UN sanctions resolutions in 2017. We thank General McMaster for briefing the Security Council today on these recent developments and for emphasizing how important it is to keep up the pressure on North Korea and give these talks the best chance to succeed,” said Ambassador Haley.