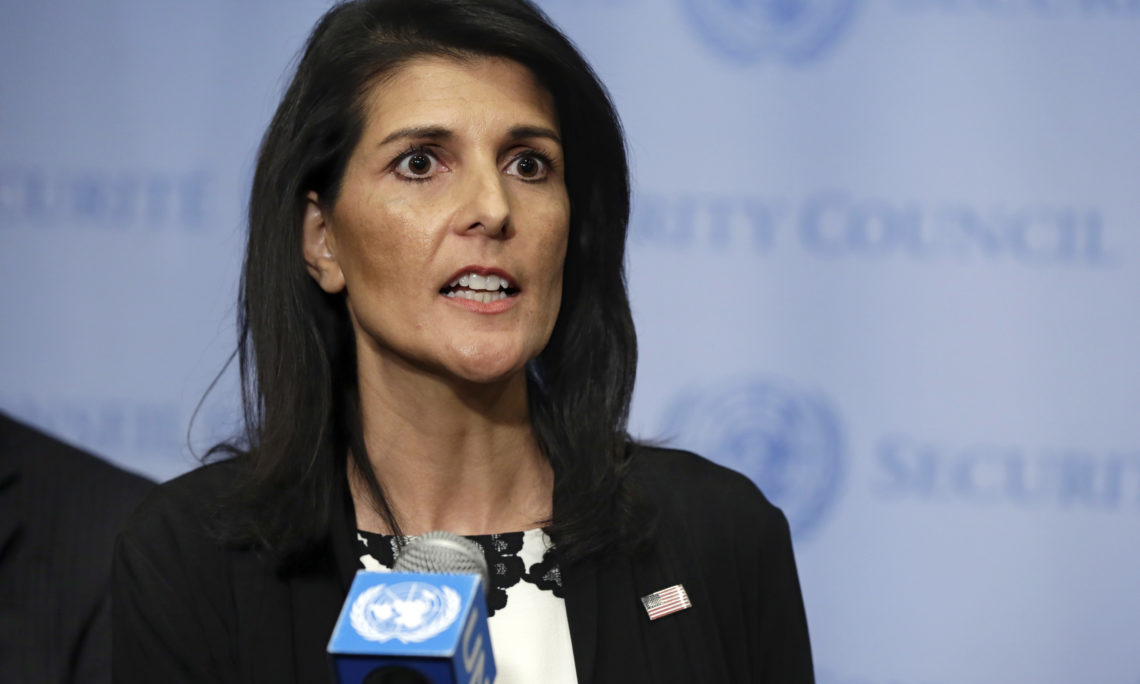 Thank you, very much. It is unfortunate that we are having to have this press conference today, but it is one that was very important to have in light of the recent events. We, with my friend from Japan, called for an emergency Security Council meeting to discuss the issue and to really bring it to the attention of the rest of the Security Council members on what we do, where we go, and how we handle this. We have been talking closely with our friends in South Korea in terms of how we’re going to handle this, as well. This is what I’ll tell you: first, to make things very clear, the military exercises that the U.S. has been conducting with South Korea, we have been conducting for 40 years – annually, every year – and we always notify North Korea before they happen. We’re very transparent; we’re very open, and we’ve always been clear on that, and we’ve always thought that was very important.

If you look at the situation in 2016 – think about it – two nuclear tests, 24 ballistic missiles by North Korea. That’s not normal on anybody’s radar. That’s concerning on everybody’s radar, and it’s something that the world needs to be focused on. When you look at those actions, now go into 2017: we saw that we had a launch in February; we saw the assassination of Kim Jong Nam after that from chemical weapons, which Malaysia has reported; and now, a multiple-ballistic-missile launch. This is someone who’s trying to get attention. This is someone who’s trying to cause a reaction. But this is what bothers us: it hit less than 200 nautical miles of Japan. They said that their goal is to be able to reach U.S. bases in Japan. This is not something we can take lightly. The global community needs to understand every country is in danger from the actions of North Korea, and every country needs to respond to the actions of North Korea.

And so what the United States said during the Security Council meeting is we think that all of our counterparts need to impose the sanctions that have already been put in place. We call on all of our Member States to also increase their strengths in what they’re going to do in terms of getting the attention of North Korea as we go forward. Now, in terms of the THAAD with South Korea, tell me why we wouldn’t do the THAAD in light of 24 ballistic missiles, in light of two nuclear tests. Knowing that we’re going to protect our allies, we are not going to leave South Korea standing there with the threat of North Korea facing them and not help. So the reason for THAAD is because of the actions of North Korea. We have not seen any goodwill at all coming from North Korea.

I appreciate all of my counterparts wanting to talk about talks and negotiations. We are not dealing with a rational person. If this was any other country, we would be talking about that, and it wouldn’t be an issue. This is not a rational person, who has not had rational acts, who is not thinking clearly.

So what I can tell you is the stance of the United States is that we are reevaluating how we are going to handle North Korea going forward, and we are making those decisions now, and we will act accordingly.

Now, I will turn it over to my friend from Japan.