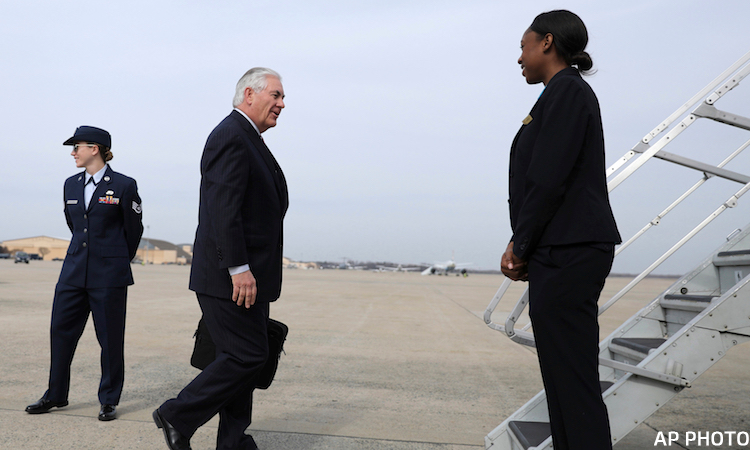 Secretary of State Tillerson to Travel to Tokyo, Seoul, and Beijing

U.S. Secretary of State Rex Tillerson will travel to Japan, the Republic of Korea (ROK), and China March 15-19, his first visit as Secretary to the East Asia and Pacific region. In each country, Secretary Tillerson will meet with senior officials to discuss bilateral and multilateral issues, including strategic coordination to address the advancing nuclear and missile threat from the DPRK, and reaffirm the Administration’s commitment to further broaden and enhance U.S. economic and security interests in the Asia-Pacific region.

The Secretary will arrive in Tokyo on March 15, continue on to Seoul on March 17, and travel to Beijing on March 18.

Follow Secretary Tillerson’s travel to Tokyo, Seoul, and Beijing via @StateDept on Twitter and go to the Department’s Flickr account for the latest trip photos. Stay connected at https://blogs.state.gov/engage, and keep track of all of the Secretary’s travels at https://www.state.gov/secretary/2017travel/index.htm.