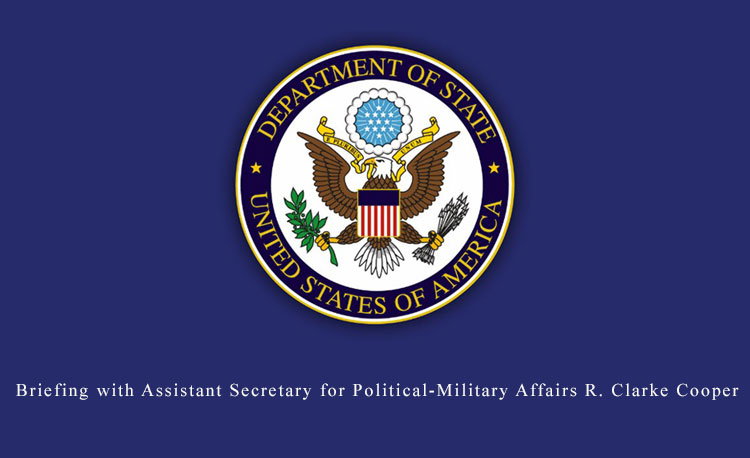 ASSISTANT SECRETARY COOPER:  So regardless if it’s the SMA that’s currently front-burner with Seoul, or if it’s the host nation agreement that we’re working with Japan that’s a little further afield – and that expires March of 2021 – the conversations haven’t stopped.  They have embassies here in Washington.  We have embassies in Seoul and Tokyo.  Our senior negotiator, my colleague Jim DeHart, is in direct contact with his counterparts in Seoul and in Tokyo.  So no, the – nothing has slowed down.

What has – certainly have happened – you mentioned General Abrams doing notification for furloughing.  April 1st is the clock we’re looking at.  With that, we certainly see the Koreans now have opportunity to come back to the table, and this is certainly an expectation of everyone involved here in the United States.  It’s an expectation of Secretary Pompeo.  It’s an expectation of President Trump for the Koreans to come back and respond to what we have been discussing.  But it’s certainly within the timeframe and we have modern ways of communicating.  Face-to-face is preferred, but we are certainly not immune from using video teleconference.

QUESTION:  It sounds like when you say Koreans – it’s an opportunity for the Koreans to come back to the table, that you’re basically saying the ball’s in their court.  [Full Text]