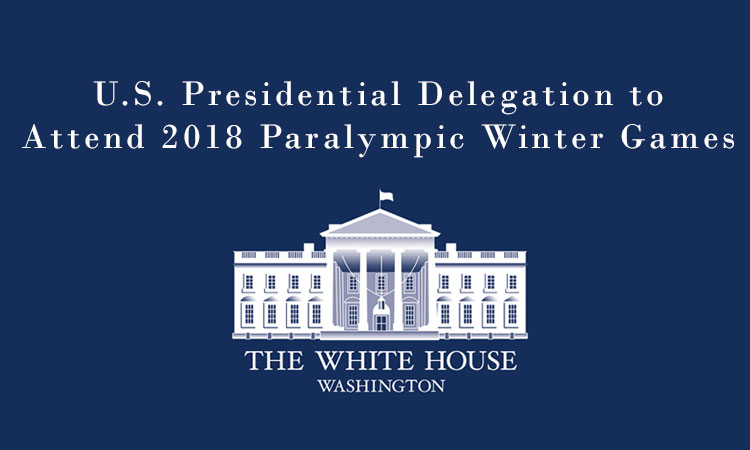 President Donald J. Trump today announced the members of the Presidential Delegation to the Republic of Korea to attend the Opening Ceremony and events of the 2018 PyeongChang Paralympic Winter Games beginning Friday, March 9, 2018.

The Honorable Kirstjen M. Nielsen, Secretary of Homeland Security, will lead the delegation.

Members of the Presidential Delegation: