Home 홈페이지 | News & Events | Remarks by President Trump and Chairman Kim Jong Un of the DPRK in a 1:1 Conversation 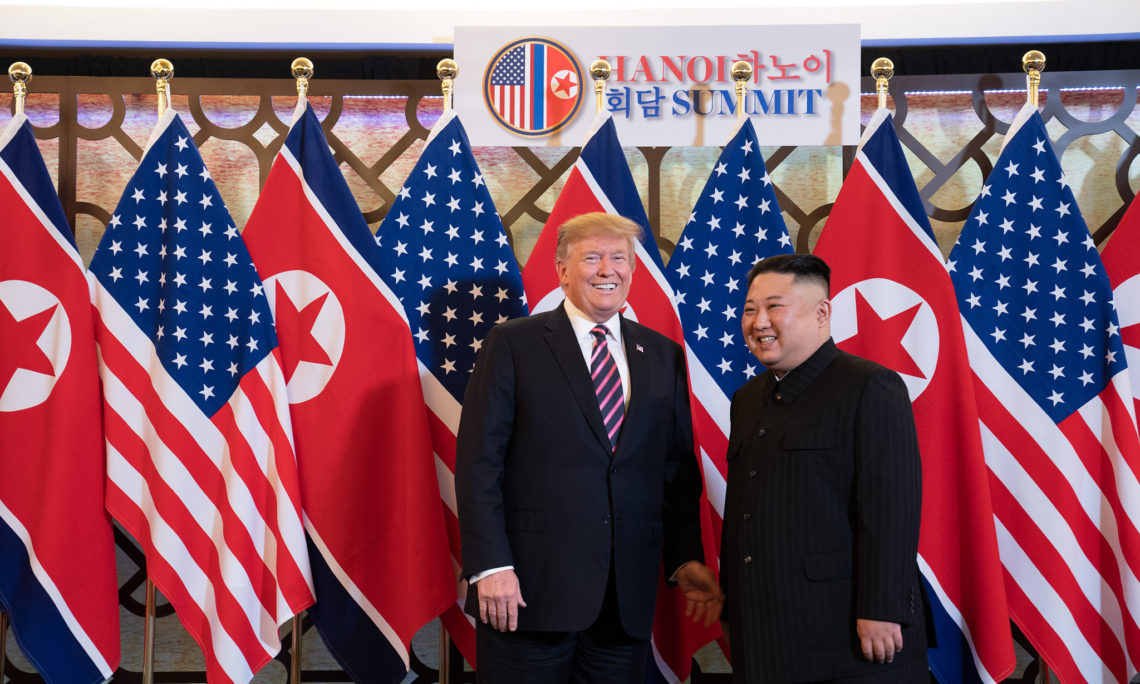 CHAIRMAN KIM: (As interpreted.) So it’s exactly 261 days since we met last time in Singapore, in June, last year.

CHAIRMAN KIM: (As interpreted.) And I truly believe that this successful and great meeting that we are having today is thanks to the courageous decision — political decision that your team, Mr. President, reached.

CHAIRMAN KIM: (As interpreted.) But, however, we have been able to overcome all the obstacles, and here we are today after 261 days, in Hanoi.

I actually believe that those 261 days were the days which were — and during which a lot of painstaking efforts were necessary and also a lot of patience were needed.

But here we are today, sitting next to each other, and that gives us a hope that we will be successful with time. And I will really try to make that happen.

We had a very successful first summit. I felt it was very successful, and some people would like to see it go quicker. I’m satisfied; you’re satisfied. We want to be happy with what we’re doing. But I thought the first summit was a great success. And I think this one, hopefully, will be equal or greater than the first. And we made a lot progress, and I think the biggest progress was our relationship is really a good one.

And as I’ve said many times — and I say it to the press, I say it to anybody that wants to listen: I think that your country has tremendous economic potential. Unbelievable. Unlimited. And I think that you will have a tremendous future with your country — a great leader. And I look forward to watching it happen and helping it to happen. And we will help it to happen.

Thank you all very much. We appreciate it. And we’re going to go have dinner, and then we have some big meetings scheduled for tomorrow. And we’ll see you, I guess, at a news conference at some point during the day. Thank you very much.

Q Mr. President, do you have any reaction to Michael Cohen and his testimony?