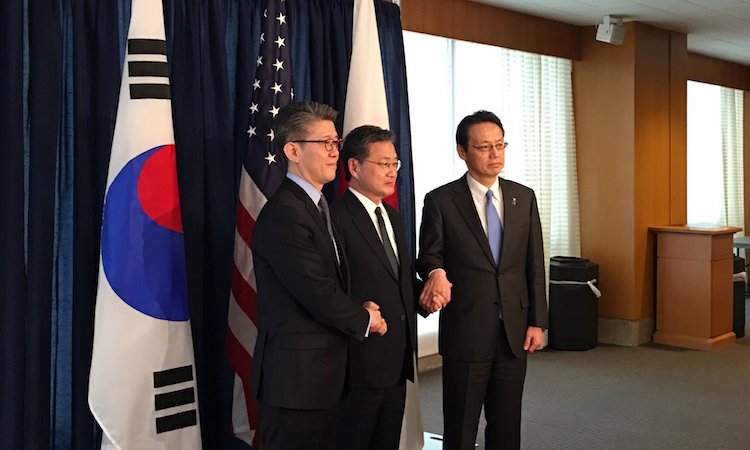 The text of the following statement was released by the Governments of the United States of America, Japan, and the Republic of Korea at the conclusion of their trilateral meeting.

Following on the February 16 trilateral Ministerial discussion in Bonn, Germany, the officials explored a joint way forward toward the complete, verifiable, and irreversible denuclearization of North Korea. In this regard, the officials discussed cooperative efforts to ensure that all countries fully and effectively implement their obligations under UN Security Council Resolutions 2270 and 2321, which imposed robust and comprehensive sanctions on North Korea to inhibit its campaign to develop operational nuclear and missile capabilities. The officials considered other possible measures under national authorities, including means to restrict further the revenue sources for North Korea’s weapons programs, particularly illicit activities. The officials discussed the violations of human rights in North Korea, and reaffirmed the importance of an early resolution of the abductions issue as well as a resumption of reunions of separated families. The officials also committed to strengthen their governments’ efforts to enhance trilateral security cooperation in responding to North Korea’s threats, uphold the global nonproliferation regime, and lead the international response to any further violations by North Korea.