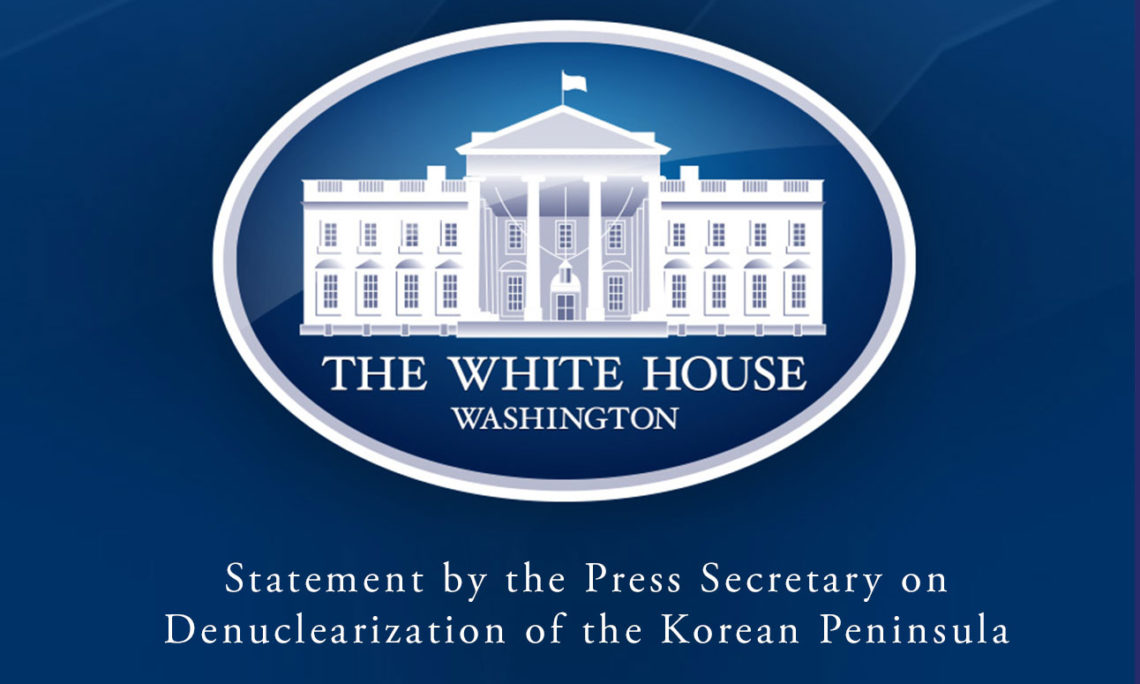 President Donald J. Trump’s Administration is committed to achieving the complete, verifiable, and irreversible denuclearization of the Korean Peninsula. The United States, our Olympic Host the Republic of Korea, and the international community broadly agree that denuclearization must be the result of any dialogue with North Korea. The maximum pressure campaign must continue until North Korea denuclearizes. As President Trump has said, there is a brighter path available for North Korea if it chooses denuclearization. We will see if Pyongyang’s message today, that it is willing to hold talks, represents the first steps along the path to denuclearization. In the meantime, the United States and the world must continue to make clear that North Korea’s nuclear and missile programs are a dead end.