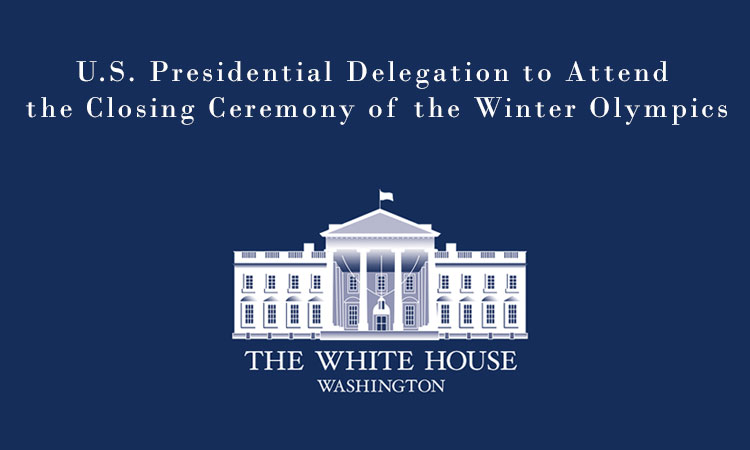 President Trump Announces the Presidential Delegation to the Republic of Korea to Attend the Closing Ceremony of the XXIII Olympic Winter Games in PyeongChang, Gangwon Province, Republic of Korea

President Donald J. Trump today announced the designation of the Presidential Delegation to the Republic of Korea to attend the Closing Ceremony and events of the 2018 PyeongChang Olympic Winter Games beginning Saturday, February 24, 2018.

Ms. Ivanka Trump, Assistant to the President and Advisor, will lead the delegation.  “I am honored to lead the U.S. delegation to the closing ceremonies of the PyeongChang 2018 Winter Olympics. We look forward to congratulating Team USA and celebrating all that our athletes have achieved.  Their talent, drive, grit and spirit embodies American excellence, and inspire us all.”

Members of the Presidential Delegation:

and Member of the U.S. Army National Guard