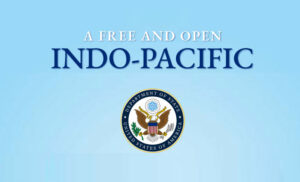 The United States is committed to upholding a free and open Indo-Pacific region based on shared values, including respect for sovereignty and the independence of nations; the peaceful resolution of disputes; free, fair, and reciprocal trade; and adherence to international law. We work with our allies and partners, bilaterally and through regional institutions, to address shared challenges and advance these values. U.S. government agencies, businesses, and institutions are: spurring private sector-led investment, with a particular focus on infrastructure, energy, and the digital economy; strengthening civil society and democratic institutions; countering transnational threats; and investing in human capital across the Indo-Pacific.