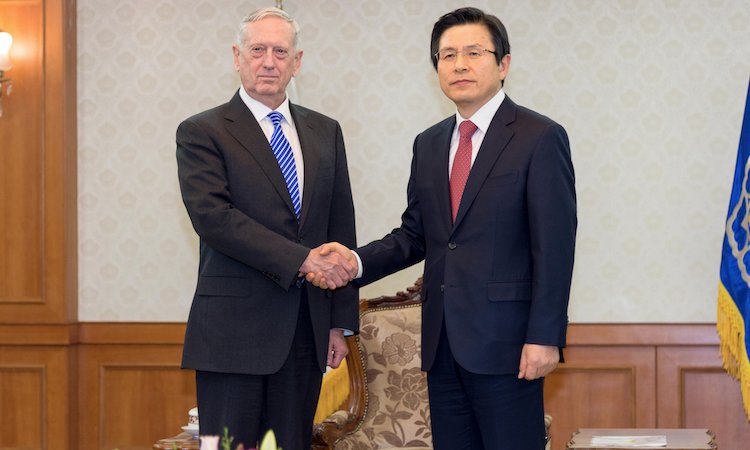 During the meetings, ‎the secretary emphasized the priority that President Trump places on the Asia-Pacific, and on strengthening the U.S.-ROK alliance. He also underscored that the United States remains steadfast in its commitment to defend the ROK and that the U.S. extended deterrence commitment remains ironclad.  ‎Both ROK officials impressed upon Secretary Mattis the importance of close cooperation in the face of a growing North Korea nuclear and ballistic missile threat. The secretary responded that the alliance would continue to take defensive measures in response to this threat developments, such as the stationing of THAAD to Korean Peninsula.

The secretary relayed that he had inherited an already strong Alliance, but committed to spending his tenure making it stronger than ever.