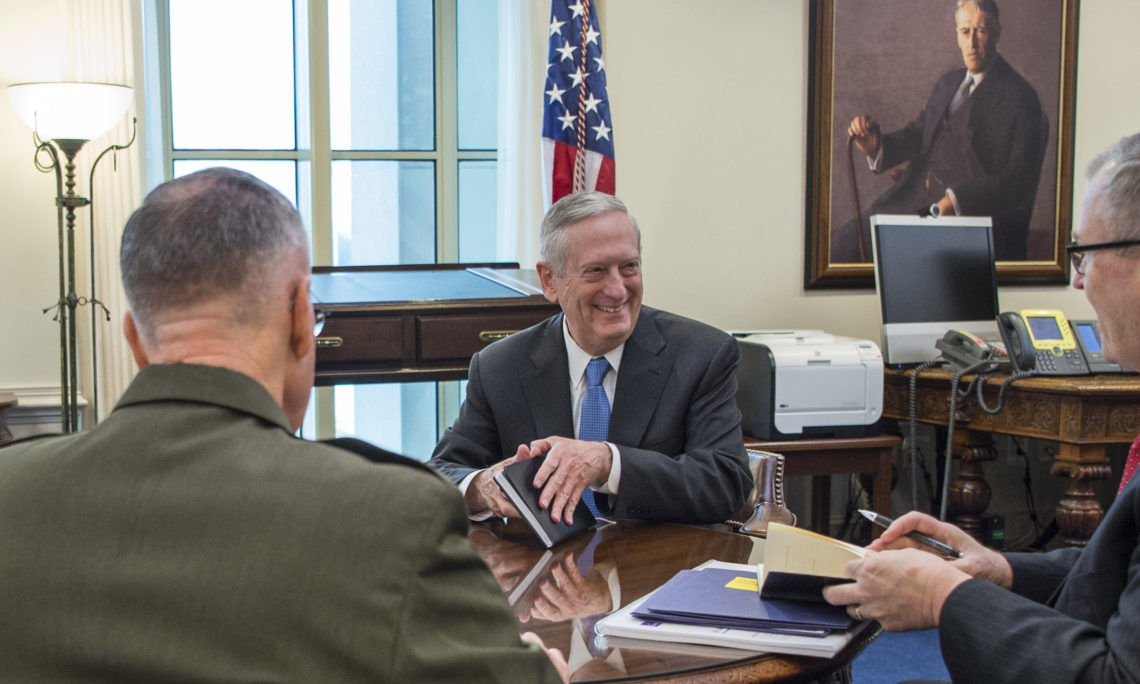 Secretary of Defense Jim Mattis spoke today by telephone with Republic of Korea (ROK) Minister of National Defense Han Minkoo to introduce himself and reaffirm the U.S. commitment to defend the ROK and provide extended deterrence using the full range of U.S. capabilities. Defense Minister Han congratulated Secretary Mattis on his confirmation and both wished each other a happy and prosperous Lunar New Year.

The two affirmed that the U.S.-ROK alliance of more than 60 years remains even more relevant today and determined to take steps to strengthen the alliance further to defend against the evolving North Korean threat.  Secretary Mattis recognized the significance of the U.S.-ROK alliance, noted that his visit to the ROK and Japan will be his first overseas trip during his tenure as secretary of defense, and conveyed that the U.S. will stand shoulder-to-shoulder with the ROK forces.