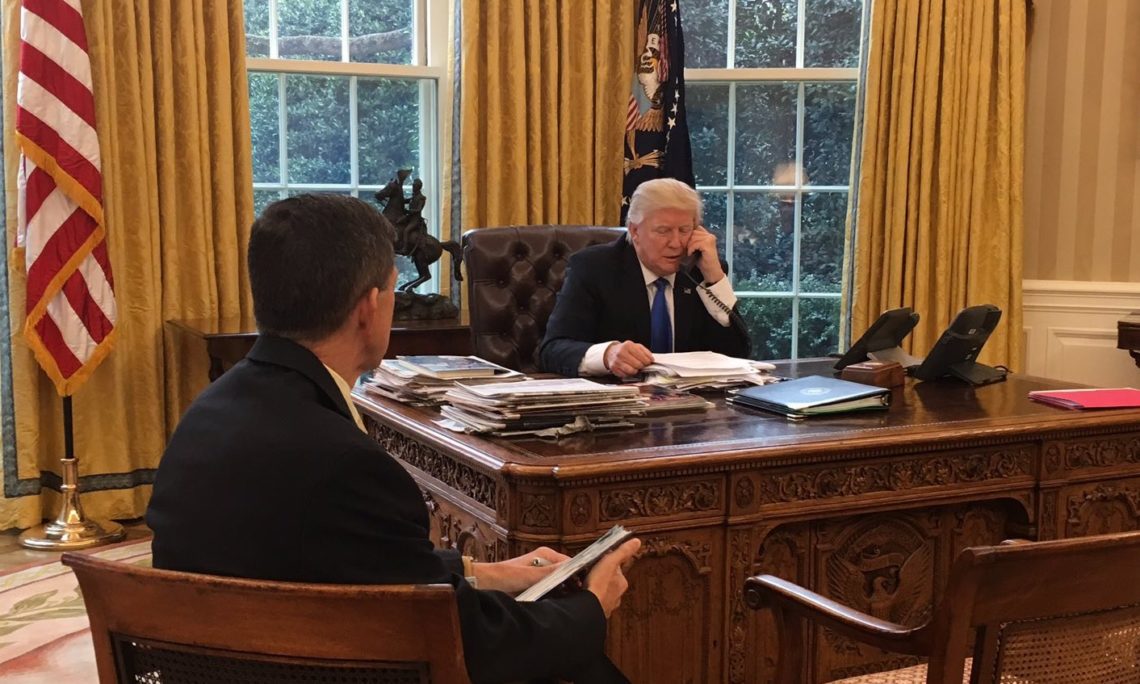 President Trump and Acting President Hwang Kyo-Ahn of the Republic of Korea (ROK) spoke by telephone today.  Acting President Hwang congratulated the President on his inauguration.  The two discussed the importance of the U.S.-ROK alliance. President Trump reiterated our ironclad commitment to defend the ROK, including through the provision of extended deterrence, using the full range of military capabilities.  The two leaders agreed to take steps to strengthen joint defense capabilities to defend against the North Korean threat. They also discussed Secretary of Defense Mattis’s upcoming visit to the ROK, noting that it reflects the close friendship between our two countries and demonstrates the importance of the U.S.-ROK alliance.  They pledged to advance mutual security and prosperity.  Finally, President Trump wished Acting President Hwang and the South Korean people a prosperous and happy lunar new year.