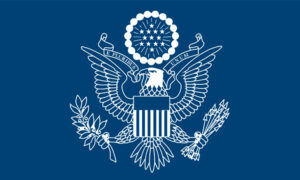 Good morning Minister Suh, Chairman Min, Ambassador Ahn, ROK Chairman General Won, General Jung, General Brooks, General Abrams, and the many distinguished guests out there in the virtual space. Thank you KDVA for appointing me an honorary member, and thank you to KDVA and KUSAF for the opportunity to address the 8th ROK-U.S. Alliance Forum. Thanks to all for the nice words. Now, I can’t think of a better way to begin the new year and, as many of you know, end my assignment as Ambassador to Korea in 36 hours or so, than to be here and share with you my thoughts on the Alliance, where we’ve been, and where we’re going.

Before I get started, I’d like to say a few words on the deplorable events of January 6 in Washington. The violent actions of the mob that attacked the U.S. Capitol – an attack on American democracy – serve as the sharpest reminder of America’s challenges, but also America’s ultimate strength, resilience, and longstanding commitment to democracy. The Republic of Korea shares that same commitment, just one of the many common values that undergirds our ironclad Alliance and gives us the strength to overcome any and all challenges, together.

Tomorrow, President-elect Joe Biden will become the 46th Commander in Chief of the United States of America. Our work together will continue, and I have every confidence that he and his team will continue working with leaders here to strengthen the already ironclad U.S.-ROK Alliance.

Now, as you know, I made the transition from DoD to State a little over two and a half years ago. One thing’s for sure, whether you wear a flight suit or a business suit – alliances matter, and they are the most integral element of U.S. foreign policy. This remains true across all U.S. administrations and is why I’ll be speaking to you today first and foremost about the U.S.-ROK Alliance, the importance of countering the PRC’s malign influence, and finish with a few words about the DPRK. I’ve felt this throughout the span of my career in the Indo-Pacific but especially after calling the ROK my home, I’m convinced even more that here is no more important Alliance than ours, and we must continue our efforts to develop the U.S.-ROK Alliance as the linchpin of peace and prosperity in the region.

Our almost 71-year Alliance was forged in a devasting and tragic conflict and the Alliance has stood the test of time. It’s mind-boggling to consider how much has changed in the world in general, Northeast Asia in particular, and here on the Korean Peninsula, especially, since 1950. Some changes have been for the better, such as the ROK’s miraculous growth into an economic and cultural powerhouse, and high-tech “innovation nation” – leading by example in the battle against COVID-19 and myriad other challenges.

Other changes have been for the worse, such as North Korea’s unrelenting pursuit of nuclear weapons and the PRC’s malign activities. While the DPRK may no longer be your “enemy,” remember that just this month at the 8th Workers Party Congress, KJU talked about strengthening North Korea’s nuclear war deterrent and military capabilities against “threats” and “unexpected situations.” Yet, throughout the years, the U.S.-ROK Alliance has remained and continues to be the bulwark against North Korean aggression and the rock-solid foundation upon which regional security and stability stands.

But I don’t mean to suggest that our Alliance has been static. Since 1950, we have been adapting our Alliance continuously – in response both to the ROK military’s rapid evolution into a premier fighting force, and to meet the ever-changing threats we face. While I could list critical Alliance developments from almost every one of the last 71 years, I’ll highlight the most significant milestones we’ve achieved here:

The establishment of the U.S.-ROK Combined Forces Command in 1978.

The return of peacetime operational control to the ROK in 1994.

The Korea-U.S. Free Trade Agreement – or KORUS FTA – which entered into force in 2012.

The signing of the Conditions-based OPCON transition plan (COTP) at the 2015 Security Consultative Meeting.

The renegotiation and conclusion of the KORUS FTA 2.0 in 2018.

And, finally, successful elections for both nations in 2020 despite the COVID-19 pandemic: National Assembly for the ROK, and Presidential for the U.S.

And that brings us to where we find ourselves today. Both sides recognize the need to improve and adapt our Alliance and are now faithfully implementing the COTP while the ROK continues to make steady progress towards meeting the conditions. This is not to say our way forward is without challenges. In fact, as this group is well aware, the pace of certifying the Future Combined Forces Command and ROK acquisition of critical military capabilities is taking longer than some desire. But, this is precisely why we have a conditions-based plan. Our mutual security cannot be rushed. We want and need to take the time to get this right.

Without question, the ROK military is highly capable and will be ready soon to take the next evolutionary step in our Alliance. I am heartened by the ROK’s long-term vision for defense transformation and force modernization as embodied in the Defense Reform 2.0 plan. DR 2.0’s focus on right-sizing the ROK military, while developing and leveraging science and technology to increase military capabilities, is a solid roadmap for success. Not only does this approach account for the significant challenge of future manpower constraints, it also strengthens the ROK military’s ability to overcome a range of security threats. Importantly, the ROK government is matching intent with action by increasing its defense expenditures and investing in advanced and highly capable platforms.

Now let me be clear, the United States is fully committed to this Alliance and we stand firmly with our ROK ally regardless of what the future brings. The common values we share and the common threats we face ensure that our Alliance will always be ready to meet the challenges of the future.

So, in my mind, the outlook for the U.S.-ROK Alliance is good. OPCON transition will happen at some point in the near future when conditions are right. This is important, because as you all are well aware, North Korea and the PRC will continuously test the resolve of our Alliance, and will seek ways to weaken our strong ties and sow doubt in order to divide us.

While we hope for diplomacy with North Korea to be successful, we all can recognize that hope is not a course of action. U.S.-ROK Alliance activities and training are designed to support peace on the peninsula and in the region, while ensuring that we maintain readiness and never let our guard down. There are ample historical examples of what could transpire, including what happened on that fateful day almost 71 years ago, if we’re not ready.

And now a word about the People’s Republic…that’s China. I’m often asked about whether the ROK government is being forced to choose between its security ally and its trading partner. This is a false narrative designed to sow doubt about the history and strength of our Alliance. Instead, I tell them, the U.S. made its choice in 1950, and so did the PRC. The young ROK made its choice in 1953. So did the DPRK, in 1961. Enough said about choices.

The United States has partnered well with China on several important fronts, but the United States and Beijing fundamentally disagree on how to approach the current international order. The Chinese government doesn’t keep its word, from its treaty with the British on Hong Kong, to its human rights abuses against Uyghurs, Tibetans, and others, to its attempts at commercial espionage and economic intimidation against the ROK. As Assistant Secretary Stilwell recently said, the Leninist Politburo that runs China wants to set the rules for the whole world, which is why it is essential that free nations exercise vigilance. The PRC is the ultimate “surveillance nation,” for sure.

This is why we’ve made it very clear, through the Indo-Pacific Strategy, that the United States rejects foreign policy based on leverage and dominance, and seeks instead to strengthen relationships based on respect, equal footing, and fair exchange. We believe in partnership economics. We won’t weaponize debt. Instead, we strive to build environments that foster good, productive market economies. We encourage every country to work in its own interest to protect its sovereignty. As Secretary Pompeo said, “China’s bullying in the South China Sea reflects a broader choice for nations in the region: coercion and control, or freedom and the rule of law.” And if a certain country tries to bully you, know that we are committed to being on your team.

To protect the maritime domain, we will continue to cooperate with Indo-Pacific partners, as we’ve always done to maintain freedom of navigation and other lawful uses of the sea so that all nations can access and benefit from the maritime commons. In the time of COVID, there is concern that the PRC is seeking to take advantage of the region’s focus on fighting the pandemic to coerce its neighbors and press its provocative claims in the South China Sea, as well as to bully Taiwan. There is concern that the PRC will exploit nations in need of assistance by dangling medical aid in exchange for support of PRC talking points. Rest assured; we’re watching, and the global community is watching.

As the U.S. and ROK transform the defense posture in South Korea to better meet current and future requirements on the peninsula and as partners in the region, President Moon’s “New Southern Policy” for expanding engagement with South and Southeast Asia under the pillars of “People, Peace, and Prosperity” aligns well with our Indo-Pacific strategy. Multilateral security cooperation will continue to be an important engagement tool with like-minded partners in the region as we move forward, together.

I also want to highlight the importance of trilateral cooperation between the United States, the ROK, and Japan. It’s crucial for our three nations to work together to enhance our security cooperation and preserve the international rules-based order. Notwithstanding the current tensions between Seoul and Tokyo, the reality is that no important security or economic issue in the region can be addressed without both the ROK’s and Japan’s active involvement.

Now ladies, and gentlemen, let me finish by saying that I’ve been given an amazing chance to be the Ambassador here in Korea. I say this a lot and it’s because I mean it. As you all know, I’ll be departing tomorrow. I’ll always treasure the time I have lived and worked here. And, going forward, you can rest assured that the Biden Administration will continue the U.S. efforts to further strengthen the U.S.-ROK Alliance. There has been no better place to serve as U.S. Ambassador, and no better partner and strategic ally for the United States than the Republic of Korea.

Thank you, General Jung and General Brooks for giving me the opportunity to share my thoughts on the Alliance. I also want to congratulate you both for leading KUSAF and KDVA. Your two organizations are essential for promoting the strength of the U.S.-ROK Alliance, and I wish you all the best in the years ahead.

Thank you, everyone. I look forward to answering any questions you may have.