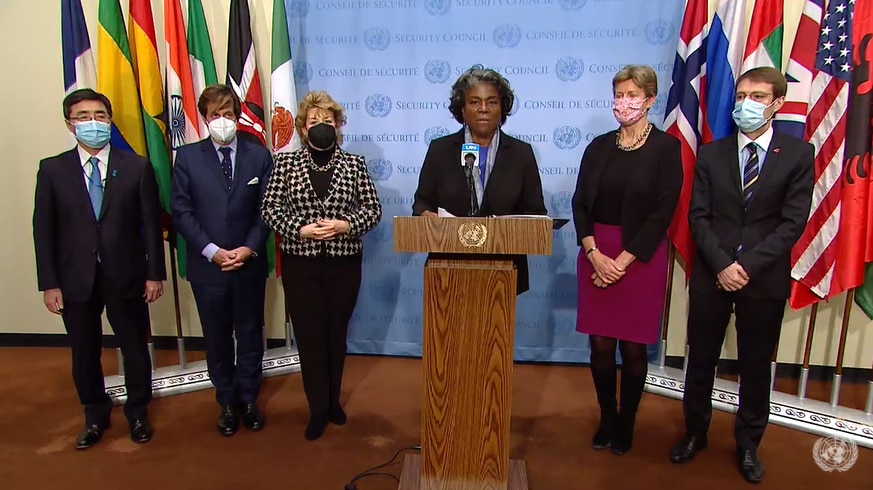 The DPRK’s continued pursuit of weapons of mass destruction and ballistic missile programs is a threat to international peace and security.

This launch is the latest in a series of ballistic missile launches and shows the DPRK’s determination to expand its unlawful weapons capabilities. These actions increase the risk of miscalculation and escalation and pose a significant threat to regional stability. This commitment is also evident in the DPRK’s displays of its various missile systems over the past year and its statements that it is pursuing new technologies, such as hypersonic gliding warheads.

The DPRK’s record of weapons proliferation is clear. Each missile launch serves not only to advance the DPRK’s own capabilities, but to expand the suite of weapons available for export to its illicit arms clients and dealers around the world.

The DPRK makes these military investments at the expense of the well-being of the North Korean people. The people of North Korea continue to suffer under a strict authoritarian regime and through an increasingly serious humanitarian crisis.

We call on the DPRK to refrain from further destabilizing actions, abandon its prohibited WMD and ballistic missile programs, and engage in meaningful dialogue towards our shared goal of complete denuclearization, consistent with the Security Council resolutions. This is the only way for us to achieve lasting peace on the Korean Peninsula.

Our goal remains the complete, verifiable, and irreversible denuclearization of the Korean Peninsula. We are prepared to engage in and support serious and sustained diplomacy to that end. It is the DPRK that now must choose dialogue and peace over its unlawful and threatening weapons program.