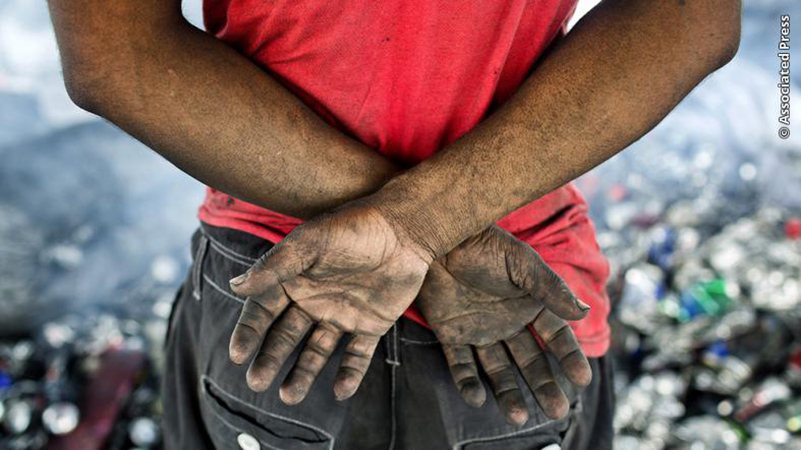 There are an estimated 25 million victims of human trafficking throughout the world. To raise awareness of this major issue and the United States’ efforts to address it, President Donald J. Trump proclaimed January 2018 National Slavery and Human Trafficking Prevention Month.

“During National Slavery and Human Trafficking Prevention Month, we recommit ourselves to eradicating the evil of enslavement.  Human trafficking is a modern form of the oldest and most barbaric type of exploitation.  It has no place in our world.  This month we do not simply reflect on this appalling reality.  We also pledge to do all in our power to end the horrific practice of human trafficking that plagues innocent victims around the world.”
-President Trump

As highlighted in the President’s proclamation, the United States “continues to work to drive out the darkness human traffickers cast upon our world.” In February 2017, President Trump signed an Executive Order to dismantle transnational criminal organizations, including those that perpetuate the crime of human trafficking.  The President’s Interagency Task Force to Monitor and Combat Trafficking in Persons, which consists of some 15 agencies across the federal government responsible for coordinating U.S. government-wide efforts to combat trafficking in persons, has enhanced collaboration with other nations, businesses, civil society organizations, and survivors of human trafficking.

The President also underscored that addressing this challenge requires a comprehensive, multidisciplinary effort and a whole-of-government approach to address all aspects of human trafficking.

“Our Nation is and will forever be a place that values and protects human life and dignity.  This month, let us redouble our efforts to ensure that modern day slavery comes to its long overdue end.”
-President Trump

At the forefront of the United States’ global engagement and effort to address human trafficking is the Department of State’s Office to Monitor and Combat Trafficking in Persons (TIP Office).  The TIP Office partners with foreign governments, international organizations, other federal agencies, civil society, and the private sector to develop and implement effective strategies to confront modern slavery. The TIP Office pursues policies, partnerships, and practices that uphold the “3P” paradigm of prosecuting traffickers, protecting victims, and preventing trafficking — the fundamental framework used around the world to combat human trafficking.

In the Department Press Briefing on January 4, Department Spokesperson Heather Nauert highlighted the TIP Office’s support to important partners by engaging in strategic diplomacy, targeting foreign assistance, supporting the coordination of federal anti-trafficking policies, and engaging civil society and the private sector in some of these key partnerships.