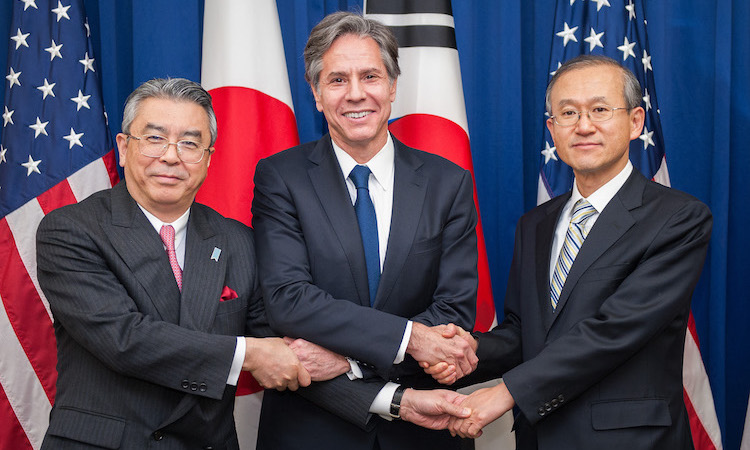 The following is a joint fact sheet on the key outcomes of the U.S.-Japan-ROK trilateral vice foreign ministerial meetings:

Today, U.S. Deputy Secretary of State Antony Blinken, Vice Minister for Foreign Affairs of Japan Shinsuke Sugiyama, and First Vice Minister of Foreign Affairs of the Republic of Korea (ROK) Lim Sung-nam met in Washington, DC, for the sixth round of Trilateral Vice Foreign Ministerial consultations. The U.S.-Japan-ROK Trilateral mechanism has established a durable framework for our three countries to leverage our collective strength to tackle the major challenges facing the region and, increasingly, to partner on global issues. Since the April 2015 inaugural meeting in Washington, DC, our three countries have coordinated responses to the growing nuclear and ballistic missile threat from North Korea, joined efforts to address a range of regional security issues, and worked together to forge innovative approaches to help address global priorities, such as space and cybersecurity, cancer research, and women’s empowerment. This framework has already enabled us to expand our cooperation and establish patterns of trilateral partnership that will bear valuable results for our publics, the region, and the world beyond.

As active and responsible global leaders, the United States, Japan, and the ROK look forward to sustaining and expanding our close trilateral cooperation and consultation through the expansion of our valuable trilateral initiatives. Committed to a better and safer world, our three countries recognize the impact our trilateral cooperation can have in advancing peace and security, countering the North Korean threat, and in tackling global challenges.